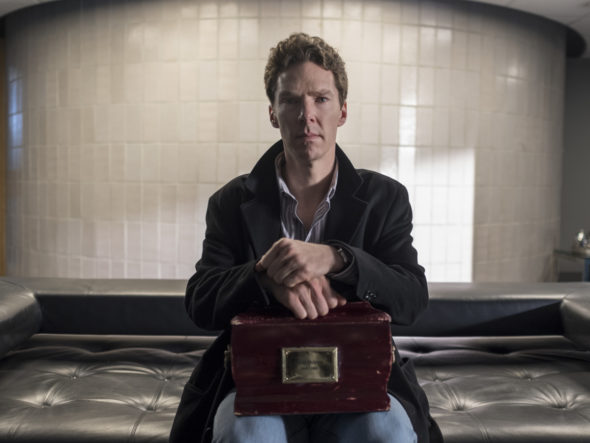 Below, watch a new sneak peek of the Patrick Melrose TV show, starring Benedict Cumberbatch. The first season of this five-part limited series will premiere on Saturday, May 12, 2018 at 9:00pm ET/PT.

Learn more about Patrick Melrose, season one, from this Showtime press release.

LOS ANGELES – March 16, 2018 – SHOWTIME has announced that its new, five-part limited series PATRICK MELROSE starring Oscar® nominee and Emmy® winner Benedict Cumberbatch will premiere on Saturday, May 12 at 9 p.m. ET/PT. Based on the acclaimed Patrick Melrose series of semi-autobiographical novels written by Edward St. Aubyn, PATRICK MELROSE is an acerbic and fearless look at the protagonist’s harrowing odyssey from a deeply traumatic childhood to his remarkable survival as an adult. In scheduling PATRICK MELROSE for five consecutive Saturdays, SHOWTIME is laying the groundwork to expand to a new night of original programming, joining the network’s existing sports and movie offerings on Saturday nights. For an early look at a clip from the first episode, go to https://youtu.be/CfoJqVdgMCI.

“As the size of our programming slate continues to grow, it makes sense for SHOWTIME to offer another night of premieres – allowing us the opportunity to eventize series like PATRICK MELROSE,” said David Nevins, President and CEO, Showtime Networks Inc. “Offering original content on Saturdays not only enables us to fully service our subscribers with diverse offerings, it gives viewers enough time to enjoy them all. And a series with the ambition and quality of PATRICK MELROSE is the perfect place to start.”

In a tour de force role, Cumberbatch (The Imitation Game, Sherlock), who also executive produces the new series, plays the titular character who struggles to overcome the damage inflicted by a horribly abusive father and the mother who tacitly condoned his behavior. Academy Award® nominee Jennifer Jason Leigh (The Hateful Eight) and Screen Actors Guild® winner Hugo Weaving (The Matrix trilogy) also star as Patrick Melrose’s parents. Rounding out this accomplished cast are Anna Madeley (The Crown), Blythe Danner (Meet the Fockers), Allison Williams (Get Out), Pip Torrens (The Crown), Jessica Raine (Call the Midwife), Prasanna Puwanarajah (Doctor Foster), Holliday Grainger (THE BORGIAS, Bonnie & Clyde), Indira Varma (Game of Thrones) and Celia Imrie (Bridget Jones’s Baby). Each episode, devoted to one of the five novels, is written for television by BAFTA Award® nominee David Nicholls (Far from the Madding Crowd, One Day) and directed by celebrated film director Edward Berger (Deutchland 83, Jack). A co-production between SHOWTIME and Sky Atlantic, this gripping and humorous saga encompasses the South of France in the 1960s, New York in the 1980s and Britain in the early 2000s.

What do you think? Are you a Benedict Cumberbatch fan? Do you plan to check him out in the first season of the Patrick Melrose TV series, when it debuts on Showtime?