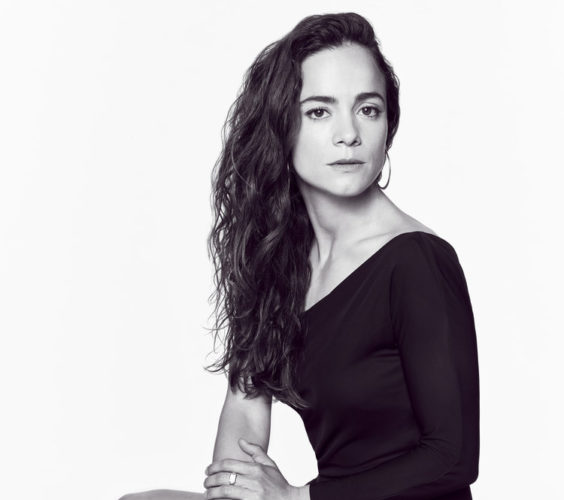 USA Network has announced the long-awaited premiere date for season five of the Queen of the South TV series. The last new episode aired in August 2019 and the new season will launch 18 months later, on Wednesday, April 7th.

The cable channel has also revealed that these will be the final 10 episodes so, there’s no chance of a sixth season renewal.

Here’s the press announcement, as well as a teaser video.

USA Network’s “Queen of the South” will return for a 10-episode fifth and final season on Wednesday, April 7 at 10 p.m. ET/PT.

· “We could not be prouder of our entire cast and crew that joined us on this magnificent journey,” said Executive Producers Dailyn Rodriguez, Ben Lobato and David Friendly. “’Queen of the South’ began shooting in Mexico City, brought us to faraway places like Malta and Colombia and finally landed in New Orleans. We cannot wait to share the explosive final season with our devoted fans. And, of course, we could not have made this show without the talented and tireless Alice Braga, who brought our queen to life.”

· “For five incredible seasons, ‘Queen of the South’ has captivated us with brilliant storytelling and bold, powerful characters,” said Frances Berwick, Chairman, Entertainment Networks. “This series broke boundaries for the genre, and we are so grateful to have had the opportunity to work with this incredible team of creators, cast and crew along with our studio partners at 20th Television and UCP. As we close this final chapter, we look forward to a great season culminating in a finale that will give our fans the ending they deserve.”

· “Queen of the South” tells the powerful story of Teresa Mendoza (Alice Braga), a woman who is forced to run from the Mexican cartel and seek refuge in America, and her eventual rise to power over her own drug trafficking empire.

· “Queen of the South” ranks as USA’s #1 original series among the 18-49 and 25-54 demos. It was also one of three ad-supported cable dramas to post year-over-year growth among those demos in 2019.

What do you think? Are you looking forward to watching the final season of Queen of the South on USA Network? Are you sorry to hear that there won’t be a sixth season?

I would like another 3 seasons of the Queen Of The South. Unfortunately these networks hate to keep their viewers happy. I’m sick of all of these cancellations. I will be looking forward to season 5 however.

A real shame they are ending it after season five. We all know how the show ends because the show started with the ending in season one. The sad part is there are fewer and fewer shows for me to watch every year. It is really rare that I find something new to watch.

This is probably one of the greatest shows that I’ve seen in a long time, not to mention it’s one a very few that actually has latinos in it. So sorry to see it end. Well at least I have the “MAYANS MC” to watch for now.

Great show – so very sorry it is ending. Make more of these!

This the best show on TV. Sorry that it’s ending.

It sucks to see a good series not being renewed past this coming season!! I can think of a lot of other series that should be cancelled instead!! Hope that they reconsider keeping this great series going on for many more seasons!!!

I love this show. I love pote & james. I miss not seeing them. I call them my boyfriends. I feel like i am part of the show. I actually love them all. Cant wait to see the rest. So sad knowing its going to end.

Whoever is in charge of making these dumb decisions to cancel good shows should be fired. Now they can show the same movies over and over like they do every weekend. I’m done with the USA Network

Syfy has not had anything to watch in years since Defiance. The same with almost every channel.

Very very sad the show is not coming back.
Soooooo disappointed

Just Great!!! Yet another phenomenal show ending!!!! Getting so tired of all the AMAZING Shows being cancelled.
Absolutely LOVE Queen of the South. Very upsetting to hear this. Don’t understand why all the really good shows are getting cancelled yet stupid shows remain on air!!!

Well, that’s it for me and the USA Network. I’ve already stopped watching Syfy and pretty soon TNT will join them in the waste bin of my television landscape. Oh well ‍♂️‍♂️‍♂️

I been stop watching tnt because they took Amimal kingdom Claws,and in USA they already took Suits off and thus is the final season for Queen of the South is no reason to be watching USA after Queen of the South goes off.the only reason I watch the Syfy is because of the Twilight Zone especially on New Years Eve and New Years And Archer.

Another good show gone after Season 5.

Noooooooooo Not another Great Show!!!!!!!

Unfortunately, that is the way things are going. It really stinks.