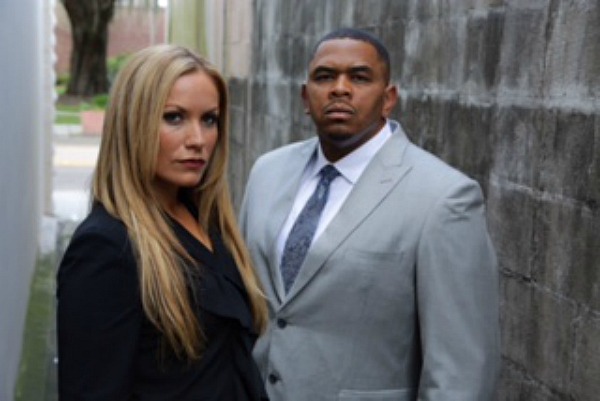 There is no doubt that Reasonable Doubt is not going anywhere. The Investigation Discovery series has been renewed for a fourth season, which will air early next year.

Hosted by retired homicide detective Chris Anderson and criminal defense attorney Fatima Silva, the show “sets out to help families who are desperate for someone to listen to their evidence and theories, convinced that their loved ones were wrongfully convicted of murder.”

The cable channel revealed more about the return of the series in a press release.

“Investigation Discovery, the #1 true crime network, proudly announces that the hit series REASONABLE DOUBT, which explores controversial murder convictions through an objective lens, has been greenlit for a fourth season. With their parallel expertise of the law, hosts retired homicide detective Chris Anderson and criminal defense attorney Fatima Silva know that the justice system doesn’t always get it right. As cries of innocence reverberate through prison cells across the country, this series sets out to help families who are desperate for someone to listen to their evidence and theories, convinced that their loved ones were wrongfully convicted of murder. Each episode is an intense and thorough re-examination of a murder case, where the two pore over evidence, interview witnesses, and consult experts previously overlooked by police or barred by the courts to hopefully reveal the truth. Each episode culminates with the gut-wrenching reveal to the family that either brings hope for an appeal, or clarity to accept the guilty verdict. Season 4 of REASONABLE DOUBT is set to premiere in early 2021 on ID.

“The work that Chris and Fatima do on REASONABLE DOUBT is beyond admirable, and perhaps even, a necessary additive as we evaluate the checks and balances needed on our own justice system,” said Henry Schleiff, Group President, Investigation Discovery, Travel Channel, American Heroes Channel and Destination America. “The incredibly compelling aspect of their work is that they are solely driven by a desire for truth to reveal if the right person is indeed behind bars, serving as advocates for those who refuse to let their convicted loved ones be forgotten by society.”

REASONABLE DOUBT is actively looking for potential wrongful conviction cases to investigate for next season. Viewers and fans are advised to submit ideas on questionable courtroom convictions at the following link: ID Show Submission Form.”

What do you think? Are you a fan of this ID series? Will you check out the fourth season?

I love this show- best show on the ID channel. I would like to see follow-up episode for the people they committed to try to help with their conviction – I can hardly wait for the new season

I really enjoy the show, Chris is a caring person and Fatima’s personality shows that she also has a heart. They both want to find the truth and to help the families. What I would really like to see are some follow ups on past programs. I would be very interested in how other cases finally worked out.

Season 4 episode 2. Did they ever investigate who the stolen ATV belong too and questioned that person(s)?

Yes , we look forward to it coming on. We like how they break it down.and can understand stand mostly agree with the decisions! Yes we hope you keep em coming