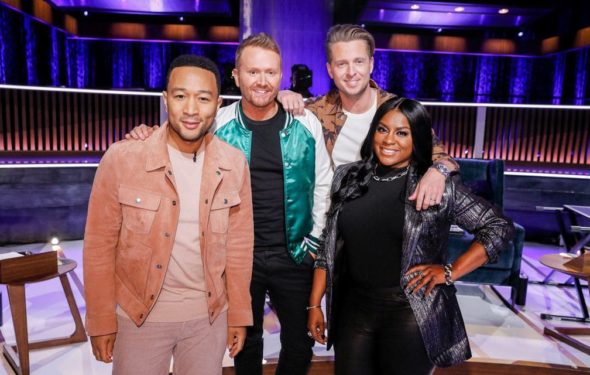 The reality competition series features aspiring songwriters, who submit their work to successful musical producers Ester Dean, Ryan Tedder, and Shane McAnally and have the song performed by an artist of the week. Guest artists have included John Legend, The Jonas Brothers, Leona Lewis, and Macklemore.

Songland has been a hit for NBC since it debuted in May. So far, the show’s first season is averaging .84 rating in the 18-49 and 4.046 million viewers. See NBC’s renewal announcement below:

What do you think? Have you seen Songland? Will you watch season two?

Absolutely love everything about this show … can’t wait for its return!

I cannot wait for Season 2 of Songland! April 13 will be here soon!! It is such a great show! I wish they were giving us more than 10 shows. It should be at least 13 at a minimum! One of the best shows on TV!!

I love this show I can’t wait for it to be on again I think it’s genius. It’s amazing to see how our song actually comes to be.

This is the best show I’ve seen a long time & I can’t wait for season 2!!! I absolutely love the format & the music has been exceptional, far surpassing my expectations! I sure hope season 2 comes out soon!!

I love, Love, LOVE this show!
Always fascinating, heart-lifting, includes a sense of wonder and some amazingly good music! Kind of surprised a show such as this one has taken so long to arrive on the scene; delighted that it’s renewed!

I ABSOLUTELY LOVE THIS SHOW! SHANE IS AN AWESOME PRODUCER! I LOVE ESTHER AND RYAN AS WE. BUT SHANE IS MY FAVORITE!

The only thing I wasn’t sold on was Jason on the final episode. Not that he isn’t great himself, I liked the song he produced, it was just that I didn’t feel he really meshed well in the group of the already 3 established producers. I hope they don’t plan on replacing Ryan for season 2.