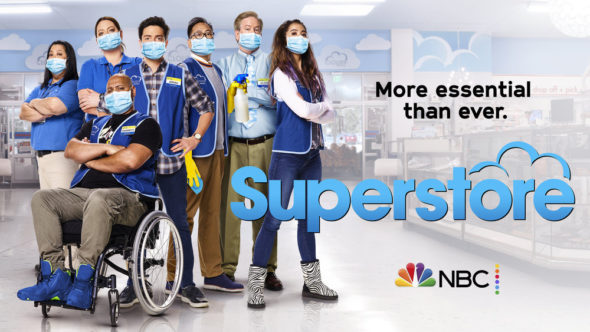 After five seasons, America Ferrara has left the Superstore TV series. How will her departure affect this NBC comedy’s ratings and future? Will Superstore be cancelled or renewed for season seven? Stay tuned. *Status Update Below.

3/26 update: You can see the latest night’s ratings in context.

For comparisons: Season five of Superstore on NBC averaged a 0.72 rating in the 18-49 demographic and 2.83 million viewers.

What do you think? Do you like the Superstore TV series on NBC? Should it be cancelled or renewed for a seventh season?

*12/4/20 update: Superstore has been cancelled by NBC so, there won’t be a seventh season.

I have to say the series finale was pretty great. Everyone walked away pretty happy, including the viewers.