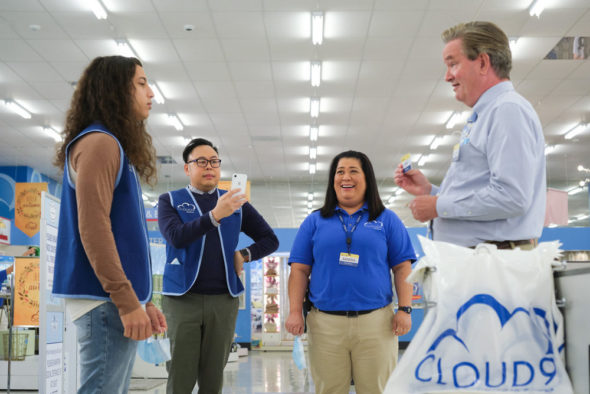 The Cloud 9 store is closing its doors next month. NBC has announced that the Superstore TV series will wrap up with an hourlong series finale on Thursday, March 25th at 8:00 PM.

Airing on Thursday nights, the current sixth season of Superstore averages a 0.49 rating in the 18-49 demographic and 2.33 million viewers. Compared to season five, that’s down by 32% in the demo and down by 18% in viewership.

In December, the peacock network announced that the comedy series would come to a close in 2021. NBC has ordered 15 episodes for the final season and eight have aired thus far. It’s unclear if the network will count the hour finale as a pair of episodes or if former star America Ferrara will return for the last episode.

While Superstore is ending, a spin-off series is being considered.

What do you think? Do you enjoy the Superstore TV show on NBC? Will you be watching the finale? Would you tune in for a spin-off?

This show gives me life! Funniest show ever, please don’t let this be the last of it!!!

I enjoy watching a show that isn’t focused on first responders and tragedy- sometimes, at the end of a long day DITZY is EXACTLY what I need.

The premise has run its course. I have missed America but have also enjoyed the other characters getting a few more minutes in the spotlight. I don’t see any character that I would watch in a spin off.

I think the show is worn out, but I do like it better without America Ferrera