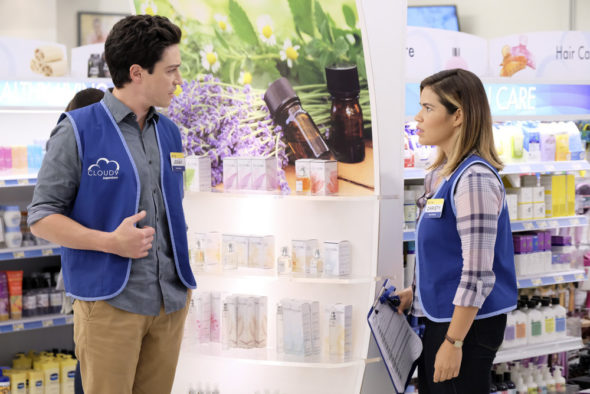 What’s next for Superstore? NBC just released a new teaser for the TV show’s season four return in March.

Season four of Superstore returns to NBC on March 7th at 8 p.m. ET/PT.

What do you think? Are you a fan of Superstore? Do you think NBC should renew it?

Absolutely the best comedy show to come along for some time. Makes me want to get a job there to join in the fun.

who was the brainchild who scheduled Superstore opposite Big Bang ?

I love this show. I cant wait for the return!!!! I know my family will be watching it!

Literally hands down my favorite show on TV right now!!!!