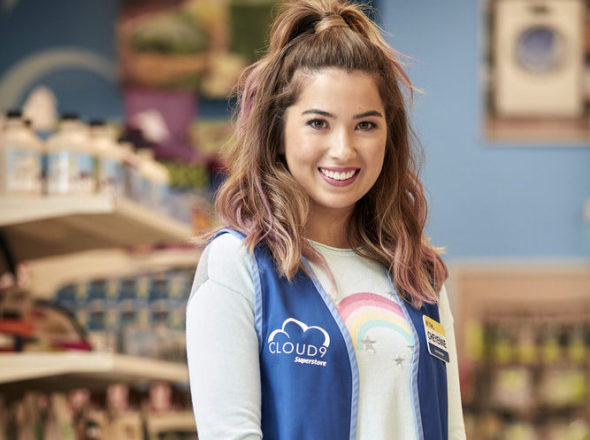 Superstore may be ending with its sixth season, but NBC may not be ready to say good-bye to some of the characters and the world created for the series. A spin-off, titled Bo & Cheyenne, is now being considered by the network, and it would feature Nichole Sakura and Johnny Pemberton reprising their characters.

Per Deadline, the potential NBC comedy would follow the pair as “Bo (Pemberton) and Cheyenne (Sakura) balance their big dreams with the harsh realities of being a blue-collar family in America.” Sakura appeared on all six seasons of the comedy, and her character was just promoted to floor supervisor.

Bo & Cheyenne will be written by Bridget Kyle and Vicky Luu. No more details about the possible series have been released at this time.

What do you think? Are you a fan of Superstore? Would you watch Bo & Cheyenne?

Would love any spinoff! Was a great show. It will be missed.

I love Superstore and am SO sad that it’s been cancelled. Especially since I had no idea until today. Wtf! So many crappy shows on network tv and this was one of the rare exceptions. I am actually crying watching the finale.
I have come to feel like I know all the quirky characters. Please consider a spinoff! Bo and Cheyenne would kill. So would Sturgis and Sons. So glad Jonah and Amy got a happy ending. I will truly miss Superstore.

Well they’re turning the store into a fulfillment center, why wouldn’t they carry on with that storyline? I don’t get NBC…the comedies remaining on their network are crap. This comedy had well developed characters with great storylines. A foolish decision.

While I like the Cheyenne Character, I do not like Bo. He’s like an stupid wife abuser. In fact, I always wished he’d disappear. I like all the other characters and I think they could all carry the show without their female lead who left last year. I didn’t watch the shoe for her anyway.

I love superstore, all the characters contribute. It’s a real ensemble work.

I don’t think Cheyenne and Bo characters can carry a show…maybe if they add some very strong players.

I would have picked other characters for a spin off.

No, I would NOT watch the spin-off of Cloud-9, BO and whatever. They are nothing less than inane.

I’d rather see a spinoff with Sandra- she’s hilarious!

Id rather see Mateo get a spinoff. He’s hilarious.

This doesn’t sound very appealing. I’d much prefer a show about Dina and Garret, set in Cloud 9. Maybe call it Superstore season 7.

Dina is great! She’s the Betty White of this Century.

This will only work if Bo’s uncle is new cast member, Al Bundy.

Al is straight up Class compared to Bo.

Cheyenne and Bo are not interesting enough to carry an entire weekly series. It would get old real fast.

Superstore works because of the ensemble. Bo is okay as a rare guest star, but I wouldn’t want to watch him on a weekly basis. A show with Cheyenne and Mateo would be more fun.

The TV Guy(de)
Reply to  David

I agree.. It was a great ensemble cast. It’s unfortunate it will be the final season. I looked forward to watching it.

Mateo and Cheyenne.. I’d watch that

Any show has to have Deana. She’s the real star.

I know, Cheyenne is so cute and Bo is just yucky.