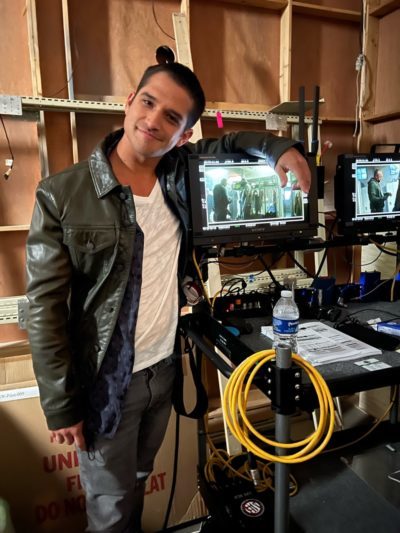 The Teen Wolf reunion movie has begun filming. Photos from the set were shared on Twitter by the official Teen Wolf Twitter account, and it shows off the cast back in Beacon Hills.

Paramount+ shared the following about the plot of the film:

“In TEEN WOLF THE MOVIE, a full moon rises in Beacon Hills, and with it a terrifying evil has emerged. The wolves are howling once again, calling for the return of banshees, werecoyotes, hellhounds, kitsunes, and every other shapeshifter in the night. But only a werewolf like Scott McCall (Posey), no longer a teenager yet still an alpha, can gather both new allies and reunite trusted friends to fight back against what could be the most powerful and deadliest enemy they’ve ever faced.”

Check out the photos from the set below. An air date for the film will be announced later.

Howling at this photo dump of Day 1 on the #TeenWolfMovie set. 🐺🎬 @paramountplus pic.twitter.com/IEX7XEKFGF

You’re not dreaming, the pack really is back together. #TeenWolfMovie
📸: Jeff Davis pic.twitter.com/EdmakVJcuR

This is not a drill, Beacon Hills High royalty is back on set!!! 🗣#TeenWolfMovie pic.twitter.com/kumQCaQdVJ

What do you think? Are you excited about the return of Teen Wolf on Paramount+?

When. Is premiere of movie paramount plus movie come out on there.