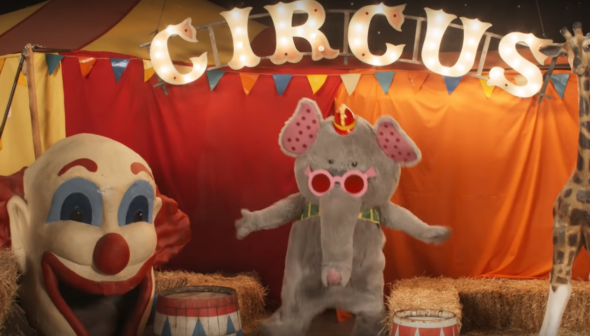 Do you remember The Banana Splits? Syfy just released a new trailer for their upcoming movie based on the Hanna-Barbera TV show.

The Banana Splits Adventure Hour debuted on NBC in 1968 and featured a rock band made up of four animals: Fleegle, Bingo, Drooper, and Snorky. The variety series ran for two seasons before ending in 1970.

Syfy‘s new movie, titled The Banana Splits Movie, is slated to debut later this year. Take a first look at the horror movie below:

What do you think? Did you watch The Banana Splits as a kid? Will you watch the Syfy movie?

If they wanted to make a horror movie they could have done so without ruining a cartoon. This is like getting a big name for your sucky movie.

I am not impressed that they would a once good kid show and ruin it like that ,I would not watch it or recommend it to anyone either,so disappointed