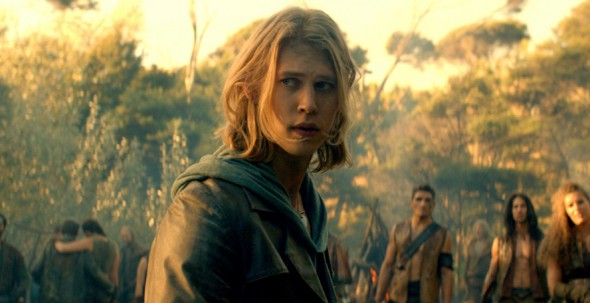 Season one of The Shannara Chronicles TV series, premiered last night on MTV. Today, the network is making the first four episodes of this fantasy drama available online. Watch the first two episodes now, below. Episodes three and four are available on MTV.com and on the MTV app.

Watch the first two episodes of The Shannara Chronicles, right here and now:

Here is MTV’s “This Season On” The Shannara Chronicles, official trailer:

Published on YouTube.com, today, from MTV:

Take a look at what’s to come on this season of The Shannara Chronicles. Watch the first four episodes right now on MTV.com and the MTV App: http://on.mtv.com/1OHx3Fj

Did you watch the series premiere of The Shannara Chronicles TV show? If so, let us know what you think of it. If you missed it last night, will you watch online? Tell us.

Very unhappy that the last two episodes of the season are still not on demand for free. What gives?

I love the show please bring it back. Im upset that it was not on tonight.

Best series I have seen in a long time.

Love the series wish there were a longer series all my family anxiously wait from episode to episode.

I love the Shannara chronicles my family and friends watch the show we’ve been waiting and waiting for the 5th episode we really want to see how this fantastic fantasy is going to unfold please don’t cancel the show and it iam to late please make a move out of it I think it can make money like the Lord of the rings. It’s not right to tease us with 4 episodes and then take it off.

So stupid the way this was released. Watched them all 4 on demand and then have to wait a month to watch a new episode. Never do this stupid crap again. I could see waiting a week maybe two. I’m done with this series now

PLEASE don’t cancel this series. Loved the Shannara series growing up. This series is awesome so far!

any news on episode’s 5 release date?

Big TV and Movie fan. I LOVE when a good show comes out and is as well done as this one is. Kudos and keep up the great work! 😉