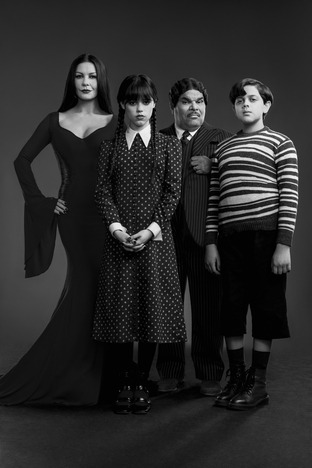 Mayhem, mystery and murder. WEDNESDAY, a twisted new series from the mind of Tim Burton, drops this fall. Watch the new teaser trailer now and check out the ghoulish family portrait of the new Addams family!

Logline: The series is a sleuthing, supernaturally infused mystery charting Wednesday Addams’ years as a student at Nevermore Academy, where she attempts to master her emerging psychic ability, thwart a monstrous killing spree that has terrorized the local town, and solve the murder mystery that embroiled her parents 25 years ago – all while navigating her new and very tangled relationships at Nevermore.

Check out the trailer for Wednesday below. A premiere date will be announced soon.

What do you think? Are you excited about the arrival of Wednesday on Netflix?

When does it start on “WEDNESDAY”

For all of the people who hated the John Astin/Carolyn Jones version and yearned for a version without so much comedy.