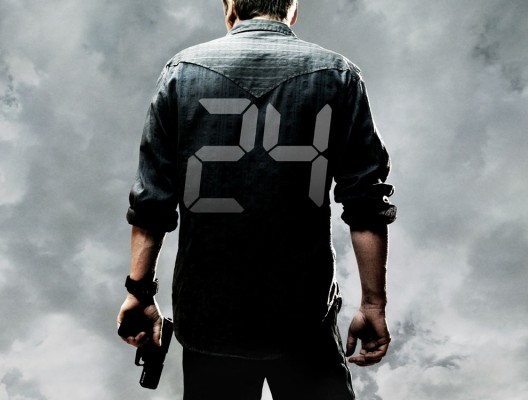 FOX is giving 24 another chance. Deadline reports the network is developing a new version of the TV show with a female lead.

Earlier this year, FOX launched 24: Legacy, a spin-off of the original action series. Unfortunately, the show didn’t catch on and was cancelled after just one season. The original 24 series starred Kiefer Sutherland as counter-terrorist agent Jack Bauer. The drama lasted for nine seasons before ending in 2010, followed by a brief revival in 2014.

Now, FOX has given a script commitment to a new 24 reboot from Howard Gordon, Brian Grazer, and Jeremy Doner. Few details about the project have been revealed, but Deadline reports the pilot “centers on a female prosecutor who uncovers a legal conspiracy and has to work against the clock to save a death row inmate facing imminent execution whom she had helped prosecute but may be innocent.”

What do you think? Are you a fan of 24? Would you watch this new reboot?

yes but not with a female lead

WTF is that, female prosecutor?? Are they turning 24 into some legal BS now??
Please return our hero Jack Bauer, that’s all we want. Thank you

Hi Howard, A lot of fans are excited about the news of the Pilot script commitment by Fox. Some Questions: 1. How did you guys come up with the idea of a legal thriller? We’d been considering a variety of arenas/franchises, and Jeremy came in with the pitch regarding a death row inmate. 2. Will the new 24 has connection to the original 24? Kate Morgan or Chloe should be the female lead. Possibly, but no plans as of now. 3. Are there other versions in development? Are Joel Surnow and Bob Cochran involved? There are no active plans, but… Read more »

Having a female (or male) “prosecutor who uncovers a legal conspiracy and has to work against the clock to save a death row inmate facing imminent execution whom she had helped prosecute but may be innocent” is not 24. That’s a legal drama.

Stop with the reboots. Stop trying to make the black Jack Bauer or the female Jack Bauer or even the Asian Jack Bauer, just give us Kiefer Sutherland as the real thing

God bless America kiefer Sutherland is best jack Bauer ever. Please cancel production it going be awful like spinoff turn out to be.

I loved 24 Legacy and they should have brought it back! If people had kept watching, they would have been addicted to it like 24. It was excellent! People just won’t watch unless Jack Bauer is back, but that won’t happen, but I applaud them for trying. Hope the new one is really good! I’ll watch, definitely!

I’ll watch. 24 was the best show on TV. I”ll keep watching as long as they make them.