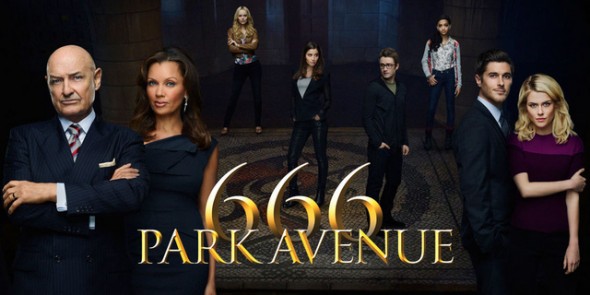 truly enjoyed show found it interesting and clever ,totally looked forward in being lost in the drake myself. sorry they never showed the finally i was disappointed sincerly. Sad to see shows end that can take you away for an hour of reality into a relm of ejoyable somewhat believable satisfaction hope they find it in there hearts to show the end or pick the show back up, im waiting

Shame on you!!! I have been waiting for the return never thinking that canceling would be an option. Finally, ABC gets a great show, good actors, and a following….oh yeah let’s cancel and return to putting crap reality shows on tv. Thanks for nothing.

I would love to see the last four episodes. I hate all of the reality shows!

You can download the last four episodes from isohunt.com or other torrent site.

Netflix & Netflix Instant have all 13 episodes which mean the whole series is on DVD now. Enjoy! I just watched the entire series for the first time to find out that they cancelled the show 🙁 I hope they hear our cry’s & see that it’s worth continuing 😉

As it stands primetime TV don’t have many real good weekly series, 666 Park Ave was one of your best yet. Let’s get real most of your viewing audience like suspense. Local Tv offer a bunch of second rate programs, no real guts there.Please bring back more programs like 666Park Ave

Loved this show! Very disappointed when it didn’t come back on as advertised. Needs to at least end in a cohesive manner with a proper ending!!!

Bring it back or give it a finale. Don’t leave
viewers in limbo . It’s not right.

my favorite show. im very sad that it’s been cancelled

Why ignore or discount DVR numbers – It is the new way of viewing TV for the real TV addict. Most busy people don’t have time for the old way. My parents watch TV the old way and yes they spend most of the time watching Do.!!!wnton Abbey on PBS Tell your sponsors at least many DVR people see some commercials when whizzing through versus the old way of leaving the room. Get smart and join 2013 plus! Plus ABC teaches people to watch on-line !!!!??? Use 21st century numbers!

I think it’s wrong . They advertise & advertise a show
and when you get vested in the show then they pull
the rug out from under it. If there not going to
keep it on they should have the decency to
At least give the viewer a finale of some kind . It
makes me not want to watch any if them.
Bring the show back or give it an ending .

U nailed it right. There are many viewers of the same opinion, me included. And all started with Alcatraz. 666 looked like a best bet for an ABC revival after LOST. Blame the ratings is a mindless excuse from any network that has absolutely no show in the TOP 10 of the week. Change the execs at entertainment dept – that should be a priority at those networks or let A&E, AMC, BBC or PBS get rewards for programming. That’s the heck …………………………………………

I really liked this show also. I want it back………….

Why would you drop a great, entertaining show showing most episodes and not even finishing the show, leaving all who watched hanging on what might have happened….finally a good a show to watch and they drop it and add garbage shows to the list of all the other garbage they show on TV…..maybe thats why I quit watching TV as much as I used to and am thinking about dropping the cable all together, to much crap in TV….maybe showing what the media likes to watch would be a better idea….check the ratings before you drop a show, and if… Read more »

shame it came to this,i really like this show.

Great show for the times cop shows are Bull ****!