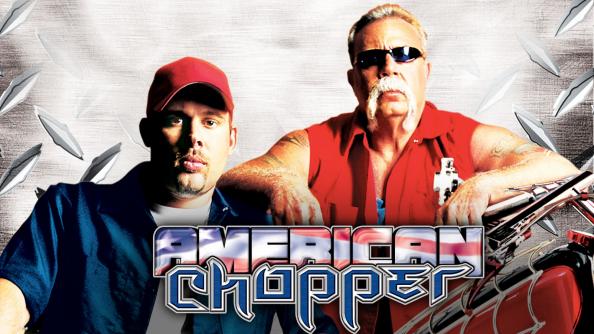 Get ready for the return of American Chopper. The series is now being revived for 2018. Fans of the series will see season 11 bring back the Teutul family.

Discovery Channel revealed more about the revival of this series in a press release. Check that out below.

“American Chopper was one of Discovery’s most popular series ever,” said Rich Ross, Group President of Discovery, Animal Planet and Science. “Everyone is eager to see what the Teutul family has been up to. This winter, you’ll find out.”

Paul Sr. and Paul Jr., two of the most legendary chopper craftsmen set out to regain their place atop the high-pressure world of customized bike building. With A-list celebrities, world famous athletes and Forbes 100 businesses as clients, millions of dollars and their brands’ reputations are on the line with every signature build. The two estranged builders also hope to reconcile their infamously fractured relationship.

The Teutuls have been on a wild ride, and it certainly isn’t ending any time soon. Paul Sr. has revamped Orange County Choppers – turning it into a complex with a shop, café, bowling alley, restaurant and of course, the showroom – but all that didn’t come without a hefty price tag and he is feeling the burden of a high overhead and a lack of foot traffic. Meanwhile, Paul Jr. has also felt the sting of a rough economy – with his business built solely on high-dollar custom-builds and commissions becoming tougher to come by, Paul Jr. stresses about the long-term stability of his own shop, Paul Jr. Designs especially now that he has his own family.

The father-son duo vow to begin a new chapter – again and put the past behind them, but now that Paul Jr. has a son, there are more parties involved. Will the Teutuls chopper businesses continue to survive – and even grow or will their complicated father-son relationship pose a threat to their shops?

Will you watch the return of American Chopper? Tell us what you think.

Very much so. It took me forever to even find this page as an explanation. I hope it’s back soon. my wife and I are pumped. I wish with the 1st episode of season 11 they would have explained that. I was just on a page that had a count down showing 29 days. That’s not winter. It’s May 4th. Love the show. An update as to the second episode would be nice!

Would love to see the show breathe life back into the custom chopper world . I still ride mine on weekends

I would love to see American Chopper come back! This was a fantastic show even with the fallouts beyween father and son!!!

Missed watching it .It started the whole reality show era.

Yes, I will be into watching for sure, love it and excited!!

I have missed this program. I don’t usually like reality TV but I loved this show and will look forward to seeing it again.