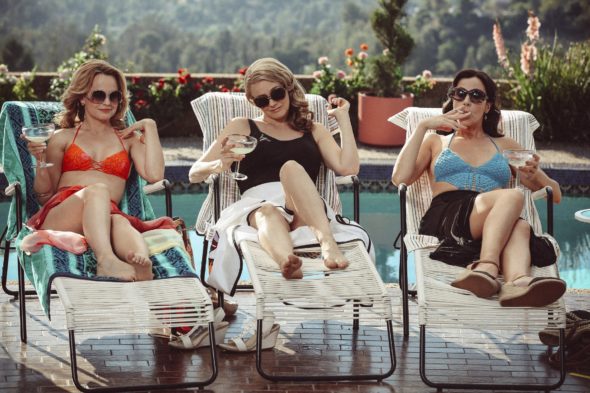 It’s the 1970s in America. Second-wave feminism is on the rise, and the sexual revolution is in full force, when the heroine discovers her husband, Steve (Tupper), is having an affair. Now, Bonnie has to figure out how to make it on her own, with a little help from her friends, Diana (Bartels) and Kathleen (Suvari).

Series Finale:
Episode #11 — I Will Survive
Desperate to make her children happy, Bonnie considers giving Steve another chance; Kathleen struggles to make a decision about her future; Diana settles into a new role at work.
First aired: August 23, 2018.

What do you think? Do you like the American Woman TV series? Should this Paramount Network TV show have been cancelled or renewed for a second season?

I am upset to learn this show was cancelled! It was a great show with and amazing cast! I was looking forward to the new season!