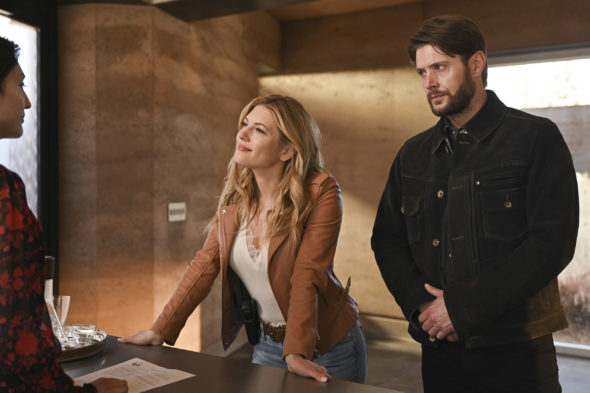 Big Sky is returning for a third season next year, and there is a big addition to the cast coming. Jensen Ackles (Supernatural) will appear in the season two finale, and he is set to appear as a series regular for season three. He is taking on the role of Sherriff of the Montana town the series is set in.

Deadline revealed the following about Ackles’ role in the series:

“Ackles will play Beau Arlen, who’s described as ‘a confident and charming good ol’ boy from Texas who steps in as temporary Sheriff (and Jenny Hoyt’s new boss) as a favor to his friend Sheriff Tubb (Patrick Gallagher).’”

Another Deadline report revealed that Ackles has signed only a one-year contract. He is also appearing in season three of The Boys as a regular.

ABC will announce a premiere date for Big Sky season three in the future.

What do you think? Are you excited to see Ackles on Big Sky?

I can’t wait to see him in this! I’ve become a big fan of the show and it’s gonna be fun to see how he interacts with them. Not to mention he’s really hot!

Excellent news! The favorite brother in SuperNatural for many. Definitely the most fun one. And a decent actor too. Let’s not forget that as well…

I cannot wait love him and miss him, he is a great actor and very nice to look at as well