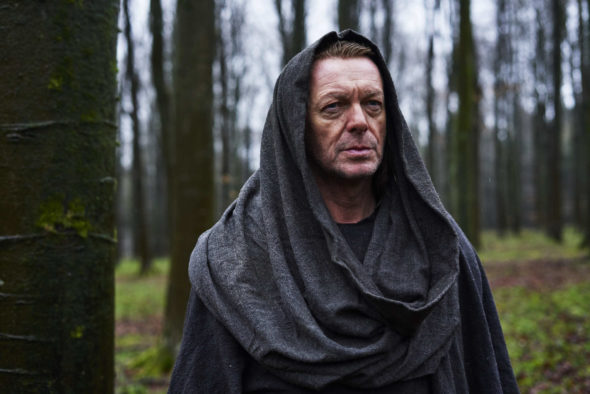 EPIX revealed more about the return of the Britannia series in a press release.

“Premium network EPIX® announced that the third season of Britannia will premiere on January 16, 2022. The epic, action-packed drama, serving thrills and humor in equal measure, was created by the multi-award-winning writers Jez Butterworth, his brother Tom Butterworth and James Richardson.

Season three of Britannia sees a radical transformation in Cait’s (Eleanor Worthington-Cox) journey as the Chosen One with a decision that will tie her to the future of her war-torn people and their ravaged land. Aulus (David Morrissey) comes under pressure from a new and dark force – otherwise known as his wife (Sophie Okonedo), whilst Amena (Annabel Scholey) finds herself in a lethal ménage à trois with both of them. Divis (Nikolaj Lie Kaas) gets a new job which he despises, and Veran goes to the underworld and sees the future.

Britannia is produced by Vertigo Films in association with Neal Street Productions. The series was commissioned by Zai Bennett, Sky’s Managing Director of Content with Gabriel Silver as the Executive Producer for the series for Sky Studios. Season three is written by Jez and Tom Butterworth and Mackenzie Crook and produced by Rupert Ryle-Hodges and Matt Carver. Britannia is created by Jez and Tom Butterworth and Vertigo Films’ James Richardson who all act as Executive Producers together with Neal Street Production’s Nicolas Brown, Pippa Harris and Sam Mendes.

What do you think? Are you excited about the return of Britannia to EPIX?

Thank you, very much looking forward to Season 3.

uhm, the third season has already aired!!! don’t they mean the fourth season??

This is the premiere for US viewers.

Too little too late…produceers stretched this out way too long…….public has moved on…season 1 released in 2018 ending 4 years later in 2022? WTF? Shot yourselves in the foot.

Where is it available?