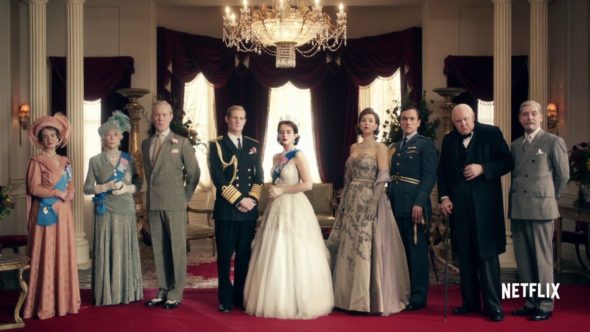 Are you watching The Crown? This week, The Wrap revealed the opening weekend ratings for the new Netflix series.

Netflix is notorious for keeping its ratings information under wraps. However, according to Symphony Advanced Media, the debut numbers for The Crown were fairly low. The original series reportedly brought in only 496,000 viewers over its opening weekend, placing it below season five of Longmire but higher than season two of Bloodline in terms of ratings.

Nevertheless, Netflix has already ordered a second season of the UK drama.

What do you think? Have you seen The Crown? Will you continue to watch it?

We just started watching it two weeks ago and we love it. We had no idea that this was a current series and were disappointed when we found that we had to wait until Oct of 2017 to continue it. We had never seen any advertising for it whatsoever.

Definitely I will continue to watch “The Crown”! I really miss the TV mini series that the big TV networks used to make.