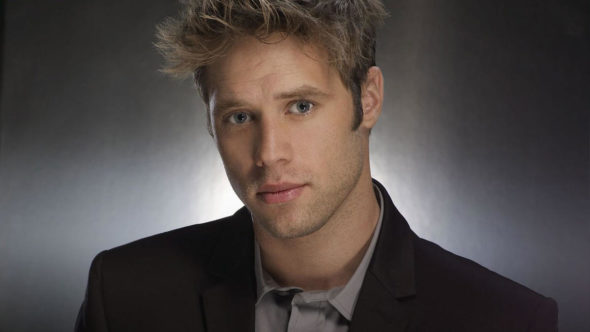 Actor Shaun Sipos joins the second season cast of the Dark Matter TV show on Syfy. Fans may recognize Sipos as teacher Eric Daniels on Life Unexpected, which was cancelled by The CW after two seasons. Sipos also recurred as Aaron Whitmore, during the fifth season of The Vampire Diaries. The second season of Dark Matter premieres on Syfy, Friday, July 1, 2016 at 10:00pm ET/PT.

Add another number to the roster of Dark Matter.

Actually, Shaun Sipos will be playing a character who has an actual name: Devon, a once world-class surgeon who’s now haunted by a dark past that may spell trouble for himself and his fellow crew members (and by that we assume the crew of the good ship Raza).

Shaun Sipos has a few horror movies on his resume, including Final Destination 2 (2003), The Grudge 2 (2006), Lost Boys: The Tribe (2008) (also, awesome), Texas Chainsaw 3D (2013) and The Remaining (2014). His television credits include The Vampire Diaries, Life Unexpected, Melrose Place, Shark, Complete Savages and Maybe It’s Me.

What do you think? Are you a Shaun Sipos fan? Do you plan to watch the Dark Matter season two premiere, on Syfy?