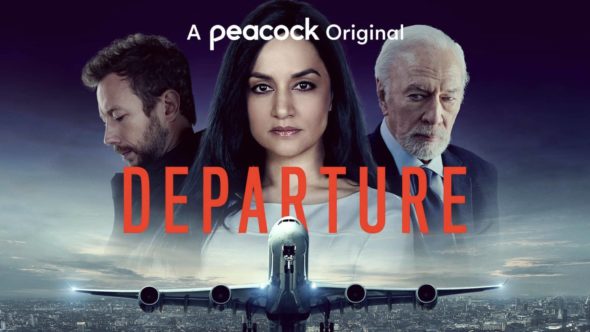 TV show description:
A British-Canadian suspense drama series, the Departure TV show follows the mystery of a passenger plane after it has disappeared over the Atlantic Ocean.

With the whole world watching, Kendra and her team race to find the missing aircraft and locate possible survivors. They must battle through a host of suspects and possible motives — pilot suicide, terrorism, politically motivated murder, systems failure — to determine what really happened to Flight 716 — and to stop it from happening again.

What do you think? Do you like the Departure TV show? Do you think it should be cancelled or renewed for another season?

Departure very good show, whole family likes it. Bring it back for another season.

Fun series but Season 2s take on American Gun laws was absurd. No you cannot follow someone down the street and shoot them in the back because they have been in your house. That is premeditated murder. Come On Departure Folks stop being this level of leftist twat waffle.

Love the show. Can’t wait for it to return.

Watching Episode 3. Love the show but not sure about some of the writing. But I will be hoping it will go into another season.

Departure has a lot of potential to be a great program. It is nicely directed and very believable. After flight 716 is covered, there is potential for many more shows.