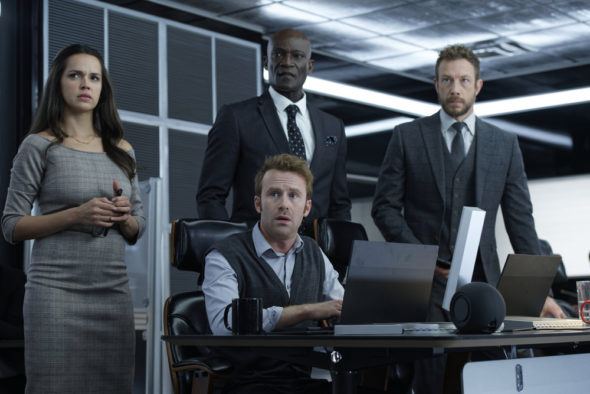 Can the mystery of Flight 716 be solved in the first season of the Departure TV show on Peacock? As we all know, the Nielsen ratings typically play a big role in determining whether a TV show like Departure is cancelled or renewed for season two (in this case, we know it’s been renewed). Peacock and other streaming platforms, however, collect their own data. If you’ve been watching this TV series, we’d love to know how you feel about the first season episodes of Departure here.

A Peacock suspense drama series, the Departure TV show stars Archie Panjabi, Christopher Plummer, Kris Holden-Reid, Rebecca Liddiard, Tamara Duarte, Mark Rendall, Peter Mensah, and Sasha Roiz. After passenger plane Flight 716 vanishes, recently widowed Kendra Malley (Panjabi), a brilliant TSIB investigator, is called in by her former boss and mentor, Senior TSIB Manager Howard Lawson (Plummer), to lead the investigation. With the whole world watching, Kendra and her team race to find the missing aircraft and locate possible survivors. They must battle through a host of suspects and possible motives to determine what really happened to Flight 716 — and to stop it from happening again.

What do you think? Which season one episodes of the Departure TV series do you rate as wonderful, terrible, or somewhere between? Are you glad that Departure on Peacock has been renewed for a second season? Don’t forget to vote, and share your thoughts, below.

I just discovered episode 10 departure and I’ve only seen the first two and I’m absolutely hooked! I love the star, Punjabi, from another TV show. She’s even better in this!