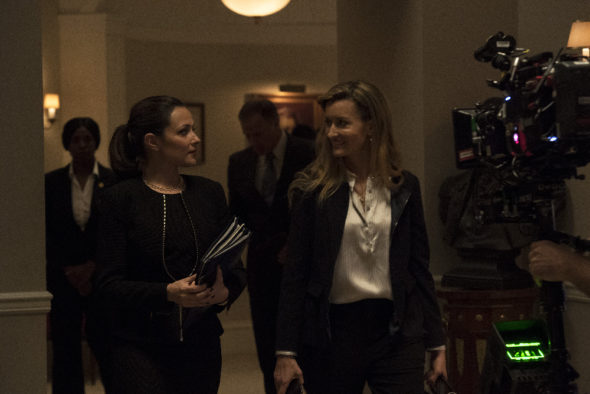 In the nail-biting season finale, Hannah Wells must stop the conspiracy from carrying out a final attack while President Kirkman authorizes a nationwide manhunt for the mastermind behind it all.

We polled our readership to ask whether ABC should cancel or renew Designated Survivor for a second season. Currently, 94% are in favor of a season two renewal, 2% are unsure, and 4% think it should end. How about you? Make your voice heard, and take the poll, today. 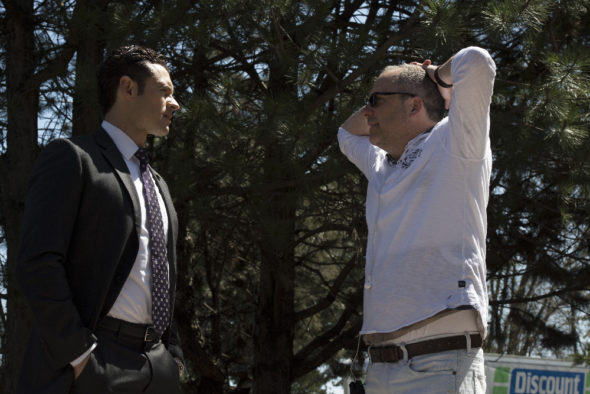 What do you think? Are you a fan of the Designated Survivor TV series? Should ABC cancel or renew it for season two? Let us know, below.

This is the only show on television that I have to get home to watch. It is the best drama on TV. Everyone I know that has seen it, loves it!

Love the show. Must be a season two!!!

Love the show! Please renew for many seasons to co e!

Yes. Its one of five or six series I watch. I keep television off most of the time.

This show is amazing, I watch each episode twice. I’m looking forward to seeing how agent Wells’ gonna stop the conspiracy.

Yes designated survivor should be renewed!!!!

I love that show! I bought it on iTunes,and cannot believe how much they cover in 42 minutes! Stories never drag on( except for obvious : finding the mastermind behind it all) It is afast pace nail biting show.You never know what will happen next!I really hope they renew it,as I find it has been a long time since we have had an edge of your feet show.Alwys interesting,always keeps us going! I really do think it is worth keeping it for a second season.If it is cacelled( i would be very surprised ,but having that beginning of Dec to… Read more »

PLEASE KEEP THIS SHOW; I LOVE THE INTRIGUE!

Please renew Designated Survivor. It is, without a doubt, one of the most intelligent dramas on TV and my favorite new show of the season. With non-stop action and a very well written script, it grabs your attention from beginning to end. Love this show!

this your best show in years will be very disappointed if not continued…….great for the whole famiy

this is a great show,love it

This show is much better than the new 24.