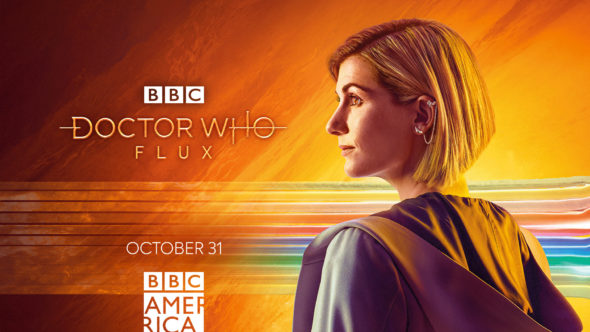 The final episodes of Jodie Whitaker’s run on Doctor Who will kick off soon. The new villains the Doctor will face have now been revealed, and it will be her toughest challenge yet.

Doctor Who: Flux will arrive on October 31st, and viewers will see Whitaker as the Doctor for the six-episode season and three specials that will air next year on BBC One and BBC America.  The first special will air on New Year’s Day 2022, with another set for Spring 2022. The Thirteenth Doctor will regenerate in the third special which will air in Fall 2022 as part of the BBC’s Centenary celebrations.

Whitaker’s Doctor and her companion, Yaz (Mandip Gill), will meet new people during this upcoming 13th season, including a character played by Jacob Anderson.

Check out the trailer for Doctor Who: Flux below.

What do you think? Are you excited to see the new season of Doctor Who later this month?

I’m as sad as for Tennant to see her leave.
I wasn’t sad to see Simth & Capaldi leave.
I think she’s got the Tennant’s Doctor spirit : mix of funny (for friends) and scary (for enemies)