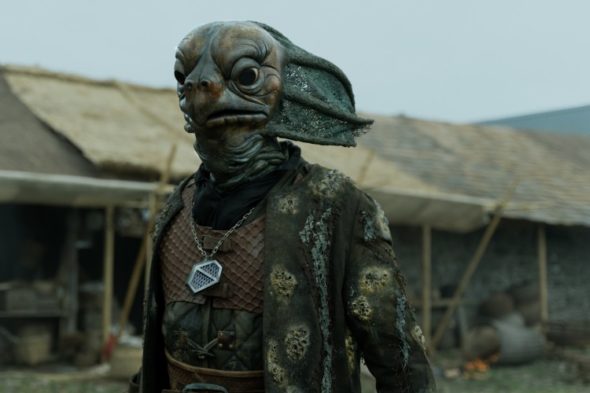 Doctor Who is getting ready to air its next special. Legend of the Sea Devils will air on BBC America on Easter Sunday. Starring Jodie Whittaker, Mandip Gill, and John Bishop, the special will see the time-traveling Doctor and companions go up against the Sea Devils.

“The BBC has confirmed that Legend of the Sea Devils – the second in a trio of Doctor Who specials airing in 2022 – will land on BBC One and BBC iPlayer on Sunday April 17.

In a swashbuckling special adventure, the Doctor (Jodie Whittaker), Yaz (Mandip Gill) and Dan (John Bishop) come face to fin with one of the Doctor’s oldest adversaries: the Sea Devils. Why has legendary pirate queen Madam Ching come searching for a lost treasure? What terrifying forces lurk beneath the oceans of the nineteenth century? And did Yaz really have to dress Dan up as a pirate?

Further transmission details will be announced in due course.”

Check out the announcement from BBC America below.

What do you think? Are you excited to see Doctor Who: Legend of the Sea Devils on BBC America next month?