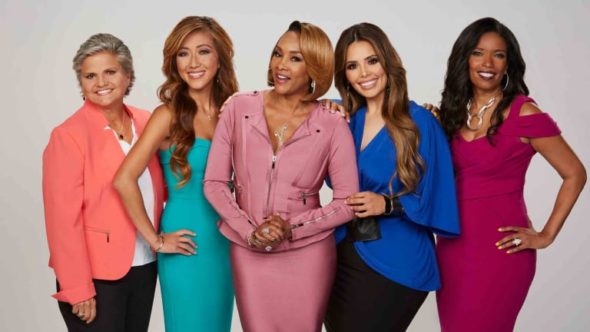 The truth is not so great for Face the Truth. Deadline reports the syndicated TV show has been cancelled after only one season.

It’s unclear why Face the Truth was cancelled, but Vivica A. Fox responded to the news on Twitter, saying:

What do you think? Did you ever see Face the Truth? Would you have watched a second season?

I enjoyed the show. Helping real people in a fun and unique way. Vivica A Fox and the truth team was fun to watch.

The show helped a lot of people

I have been waiting for ‘Face The Truth’ to come back. I figured it was due to letting Judge Jerry and giving his new show a shot st a great time slot. So I checked with the internet and Siri told me you were canceled. ‘WHAT!!!!???!!!?!?!??? I LOVE the show. Love Vivica and the whole panel not to mention what the show is about. It’s believable, and the compassion for the people who share their lives and believable the compassion the panel shows for them. It’s a shame this show has been canceled. I loved it and miss it. I’m… Read more »

I also have been waiting for the new season. I love Vivica Fox and the show. I am sooooo bummed. I don’t understand why they would cancel such a great show. I will miss it and the ladies.