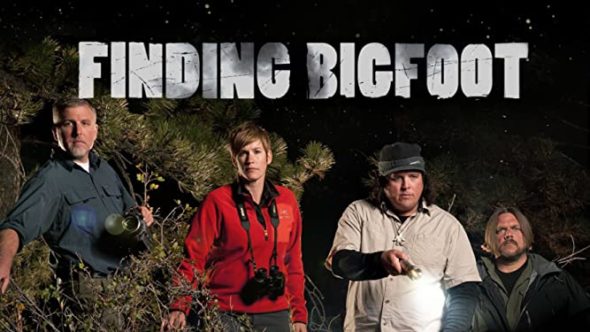 Finding Bigfoot: The Search Continues is coming to Discovery+. The team from the original Finding Bigfoot series, which ran on Animal Planet for 100 episodes, is reuniting and heading to the new streaming service. Cliff Barackman, James “Bobo” Fay, Ranae Holland, and Matt Moneymaker wrapped Finding Bigfoot three years ago, and they are back to prove that the legendary Bigfoot does indeed exist. The follow-up series will premiere later this month.

Discovery+ revealed more about the new series in a press release.

“While the natural world is bursting with truths to be uncovered and discoveries to be made, there is one legend that sparks excitement and passion unlike no other . . . Bigfoot. Animal Planet’s intrepid Finding Bigfoot team returns, together for the first time in three years, to travel to hotspots in the U.S. to once and for all prove the elusive Bigfoot exists. FINDING BIGFOOT: THE SEARCH CONTINUES, streams on discovery+, the definitive non-fiction, real life subscription streaming service, Monday, Feb. 8. In addition to streaming FINDING BIGFOOT: THE SEARCH CONTINUES on discovery+, viewers can join the conversation on social media by using #FindingBigfoot, and following discovery+ on Facebook, Twitter, and Instagram for more updates.

Bigfoot sightings over the past year as the U.S. has been in lockdown due to COVID-19 have greatly increased. These multiple sightings coupled with advanced technologies have convinced the original Finding Bigfoot team, led by Bigfoot Field Research Organization (BFRO) President Matt Moneymaker, expert field caller James “Bobo” Fay, evidence analyst Cliff Barackman and field biologist Ranae Holland, to get back on the road and into the woods for their biggest investigations to date with the best evidence the team has ever had.

In FINDING BIGFOOT: THE SEARCH CONTINUES, incredible reports from areas in Ohio and West Virginia prove to be too compelling for our investigators to ignore. Among other stories in this two-hour special, the reunited Finding Bigfoot team travels to a property in southeast Ohio that has been under surveillance for five years by BFRO investigator Bea Mills. The evidence has been building after the homeowner and his family has had several mysterious encounters over the years. Advancements in technology gives the team evidence that includes clean audio of Bigfoot vocalizations; detailed footprint casts with skin ridge details; and quality pictures by advanced cameras. As the team closes in on this active hotspot, they enlist the help of some highly specialized thermal vision drone pilots to get their own Bigfoot footage.

As legend meets advanced technology to analyze compelling Bigfoot evidence, and with new gadgetry at their disposal, will Matt, Bobo, Cliff and Ranae finally prove to the world, once and for all, that these incredible creatures really do exist?”

Enjoying the group on adventures. Big believer in BIG FOOT. We in GIRARD and HUBBARD OHIO are believers and few sightings. What I question with all DNA methods, have or has anyone gone as far as spraying for blue light testing on hot spots

I will not stream this…… It should be on Animal PLanet. I am really upset by this.

Hell yea their back and their going to find bigfoot this time.

I pay for cable and refuse to pay for a streaming service to view a show that has been on cable for 9 seasons but I enjoy watching these four ass clowns look for something that may or may not exist. They are not very good at what they do I once lost my phone in the woods and I found it in 3 days they have been looking for a 9 foot tall Harry ape like man for how long?