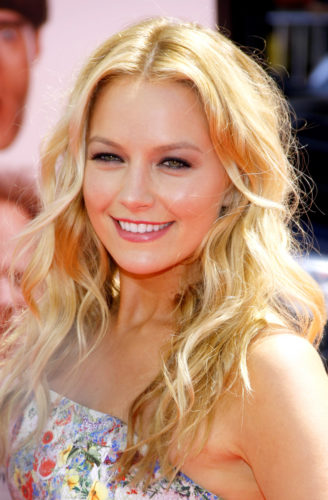 Becki Newton (Ugly Betty) has joined the upcoming Netflix drama, The Lincoln Lawyer. Newton joins Jazz Raycole, Angus Sampson, and Neve Campbell who have been part of the project since it was being developed by CBS.  Manuel Garcia-Rulfo replaced Logan Marshall-Green as the lead. The network committed to the drama but later passed, and Netflix picked it up last month.

Newton will play the second ex-wife of the main character, idealistic Mickey Haller (Garcia-Rulfo). She replaces Kiele Sanchez following some creative changes to the project, per Deadline.

Newton will play Lorna, Mickey’s (Garcia-Rulfo) second ex-wife and a constant confidante who works as his office manager, running the business side of Mickey’s practice. Part secretary and part therapist, Lorna is supportive and encouraging of Mickey, but she’s also concerned about him taking on more than he can handle in his first important case back after rehab.

Raycole plays Izzy, Mickey’s (Garcia-Rulfo) client, a young former addict charged with grand larceny for stealing a necklace to support her habit. Izzy’s clean now – a fact that Mickey can relate to – and he not only gets her acquitted but lets her pay off her bill by working as his driver.

Sampson plays Cisco, a former biker gang member who now serves as Mickey’s (Garcia-Rulfo) investigator, friend, and when necessary, bodyguard. Cisco is an imposing figure with a keen mind and a deep well of contacts on both sides of the law that help him do his job.

Campbell will play the first ex-wife of Haller.

Neve Campbell will co-star in The Lincoln Lawyer as Maggie McPherson, a passionate Deputy District Attorney who was previously married to Mickey Haller, played by Manuel Garcia-Rulfo pic.twitter.com/nSQ6usXOjl

A premiere date for The Lincoln Lawyer on Netflix has not yet been set. When it does premiere, viewers will see ten episodes of the drama, which is based on The Lincoln Lawyer novels by Michael Connelly. The show will use The Brass Verdict, the second in the series, as its basis.

What do you think? Are you planning to watch The Lincoln Lawyer on Netflix when it arrives?