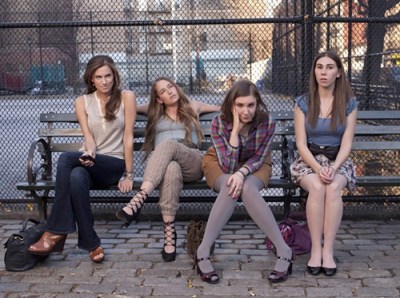 Will there be a seventh season of Lena Dunham’s HBO series, Girls? While Girls has not been cancelled, The L.A. Times reports that during a morning show podcast, Dunham indicated Girls may bow after season six.

Season five of the half-hour comedy, which also stars Allison Williams (The Mindy Project), Jemima Kirke, and Zosia Mamet (Mad Men), premieres in January 2016, so Dunham still has plenty of time to decide.

Is season six truly the end for Girls? The L.A. Times quotes Dunham as saying: “Never say never, but that is the way we’re thinking about it right now and we’re starting to think about sort of how to wrap up the storylines of these particular young women.”

This is not the first time Dunham has suggested that season six will be the final one for Girls. In an April 2015 interview with Variety, it is evident Dunham was already thinking of her TV series finale. From Variety:

HBO has talked to Dunham and Konner about six seasons of “Girls,” but it’s not clear if the series will extend beyond that. “I think America has a tendency to push shows past their due dates,” Dunham says. “I like the British model — in and out.” She has thought a lot about Hannah’s fate on the series, and even has an image of the show’s final shot. “Will she be with anyone?” Dunham asks. “That’s the question. And how important is it ending up with someone, and is that the marker of success for a woman?”

What do you think? Are you a fan of Dunham and Girls? Would you watch a seventh season?