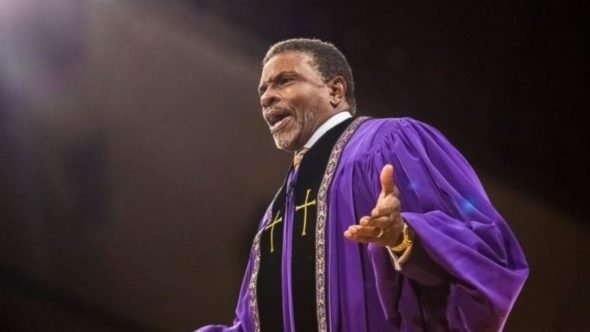 Greenleaf is getting ready for the end. The drama will air its series finale on OWN tonight, and the cast has reunited for a special that will air follow the episode. Merle Dandridge, Keith David, Lynn Whitfield, Kim Hawthorne, Lamman Rucker, and Deborah Joy Winans star in this drama that has followed a family behind a megachurch for the last several seasons.

OWN revealed more about the special in a press release. Check that out below.

The penultimate (8/4/20) episode of Greenleaf garnered a season-high 2,117,000 viewers and continued to be Tuesday night’s #1 cable telecast among Women 25-54 and W18-49. During its current season, Greenleaf is the #1 original series across broadcast and cable for African American women, households and total viewers.”

OWN also released a sneak peek for tonight’s Greenleaf finale. Check that out below.

What do you think? Are you a fan of the Greenleaf TV show? Are you sad to see this OWN drama end?

Yes! I’e enjoyed every single episode of Greenleaf. I hope the producers are seriously considering a spin-off! Although I will still miss the Bishop!

I really enjoyed watching Greenleaf and was very disappointed when I found out it was ending. The good series are always the first to get canceled… what a shame! Hope the rumors are true and there will be a spinoff. I will definitely watch

I was surprised to see Bishop pass. Lady Mae seems to be taking it good. But it was random that Grace is now us leaving. Like she needs to sit down somewhere and stop running.

I am a Greenleaf fan since day one. I will miss the show.

I am sooooo sad Greenleaf has ended. I am more than ready for 5 more seasons…it is so real to church life…as a PK (Preacher’s Kid) all I can say is somebody knew the truth behind the pulpit..lol!