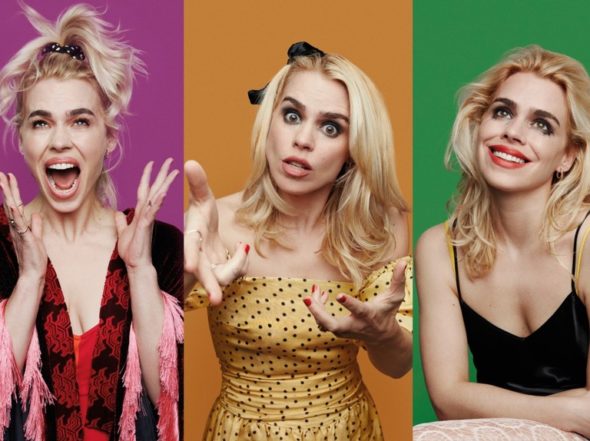 Get ready for even more of the life of Suzie Pickles (Billie Piper) in I Hate Suzie. The series has been renewed for a second season by Sky TV with HBO Max continuing as the streaming home for the comedy series. Leila Farzad, Daniel Ings, and Nathaniel Martello-White also star in this series. The series was released in the United States on HBO Max in November 2020.

HBO Max revealed the following about the plot of I Hate Suzie in a press release:

“I Hate Suzie is a bold, bracing, original dramedy about the moment in life when the mask slips, asking if any of us can survive being well and truly ‘known’. Suzie Pickles (Piper), has her life upended when she is hacked and pictures of her emerge in an extremely compromising position.”

Check out the announcement from Sky TV below.

We are so excited to continue the journey of Suzie Pickles. Filming starts in 2022. More news to come (our lips are sealed until then) @billiepiper @lucyprebblish @knighthallagent https://t.co/LWFrGKoiUG pic.twitter.com/OfiolblDMd

Viewers will have a bit of a wait for season two, however, since production on the new episodes will not begin until 2022.

What do you think? Are you a fan of the I Hate Suzie TV series on Sky TV and HBO Max? Do you plan to watch season two?

I adore Suzie Pickles. I am very happy someone has the good sense to bring us another season. I was not aware of the immense talent of Billie Piper. As a result I have gone back and watched every Dr. Who with her in it. Cannot find Yerma but I will keep trying. Saw Penny Dreadful. She is the only reason I watched it. I would rather not watch the Diary. I don’t wish to see her in that role. In summary Piper is a force mejor in acting. I am glad I discovered her for it is better late… Read more »