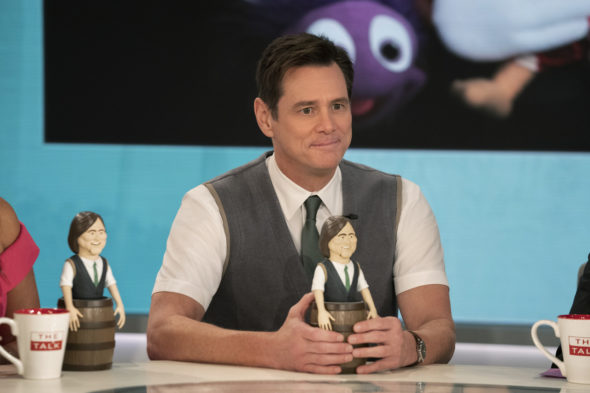 No joke. Showtime has announced that the second season of the Kidding TV show will debut on Sunday, November 3rd, at 10 PM ET/PT. The cable channel is kicking off season two with a pair of episodes.

Here’s some additional information from Showtime, as well as a trailer:

Jim Carrey returns in his Golden Globe nominated performance as the iconic children’s television host, Jeff Pickles, in the second season of KIDDING. This season picks up moments after season one’s cliffhanger, and with his beloved Mr. Pickles’ Puppet Time off the air for the first time in 30 years, Jeff Pickles must find a way to communicate with his many fans who still need him. Jeff creates a new and controversial method to talk directly to children across the world only to become the target of animosity for the first time in his career. As Jeff navigates the most complicated moral gray areas of his life, he discovers a new side of himself in a season full of music, magic, puppets and pathos.

What do you think? Do you like the Kidding TV show on Showtime? Do you plan on watching season two?

Don’t care for the show.

First season was great and he was fantastic in it. Looking forward to #2.