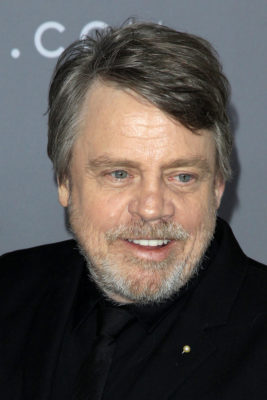 Good news for Knightfall fans! Today A&E announced the TV show will return for a second season and Mark Hamill is joining the cast. Though this is the first time that the cable channel has acknowledged a renewal, production on season two began last year.

On Knightfall, Hamill will be playing Talus, “a battle-hardened Knight Templar veteran of the Crusades, who survived captivity for ten years in the Holy Land and is tasked with training the new initiates to the Order.”

History has not yet announced a premiere date for season two, but you can read more info below:

New York, NY – August 13, 2018 – HISTORY has greenlit a second season of its Knights Templar drama series “Knightfall” with Mark Hamill (Star Wars, BAFTA-winning voice of The Joker) joining the cast and Aaron Helbing (“The Flash,” “Spartacus: War of the Damned”) on board as showrunner and executive producer, it was announced today by Eli Lehrer, Executive Vice President of Programming, HISTORY. From A+E Studios, in association with Jeremy Renner’s The Combine and Midnight Radio, “Knightfall” is a tentpole of the network’s strong roster of premium drama series, including hit anchor series “Vikings” and the upcoming “Project Blue Book,” executive produced by Robert Zemeckis and starring Aidan Gillen (“Game of Thrones”) and Michael Malarkey (“The Vampire Diaries”).

“In the face of ever-increasing competition, we’re proud of HISTORY’s track record of producing signature drama series that are epic in scope with complex characters,” said Lehrer. “Whether it’s the legendary Knights Templar, the extraordinary tale of medieval Norsemen, or the story of a formerly classified United States Air Force program investigating UFOs during the Cold War, these series reflect our commitment to bringing the defining, big canvas stories of history to life. We look forward to offering our viewers a grittier, darker ‘Knightfall’ in season two and welcoming Mark to the cast.”

Hamill will play the role of “Talus,” a battle-hardened Knight Templar veteran of the Crusades, who survived captivity for ten years in the Holy Land and is tasked with training the new initiates to the Order. Also joining the cast in season two is Tom Forbes (“The Bastard Executioner,” “Wolf Hall,” Been So Long) as “Prince Louis,” the violent and unpredictable son of King Philip and heir to the throne and Genevieve Gaunt (“The Royals”) as “Isabella,” the daughter of King Philip and well on her way to becoming the woman who history would call “the she-wolf of France.” Forbes is repped by 42 and Thruline Entertainment. Gaunt is repped by United Agents and Authentic.

Starring Tom Cullen (“Downton Abbey,” “Gunpowder”), “Knightfall” goes inside the medieval politics and warfare of the Knights Templar, the most powerful, wealthy and mysterious military order of the Middle Ages who were entrusted with protecting Christianity’s most precious relics. The story of the Knights Templar has never been fully told until now, and “Knightfall” goes deep into the clandestine world of this legendary brotherhood of warrior monks to learn who these knights were, how they lived, and what they died believing.

My husband enjoyed watching Knightfall and very disappointed to see it not return to being aired.. please rethink this it’s a wonderful show …

I really enjoyed the Knightfall series. Just saw a documentary about Templar’s which prompted me to go find out if the show had been renewed. I’m so excited now & look forward to the new season!

I watched everything episode of Knightfall
and I loved it.
It was so intriguing, and I can’t wait for season two to begin.
Please don’t cancel this fabulous show.

Really enjoy this show, always look forward to when it will be on. Please do not cancel!