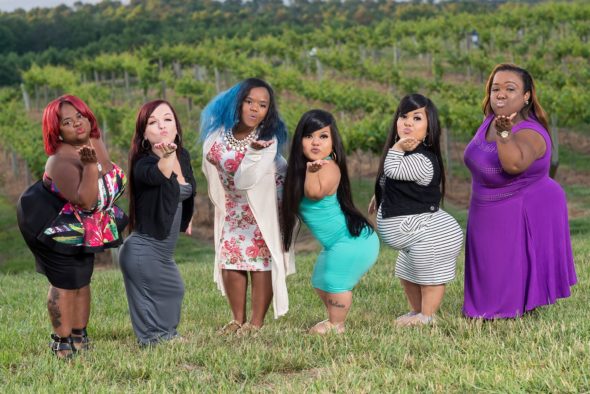 Little Women: Atlanta is returning with its sixth season next month. Ms. Juicy, Minnie, the Tiny Twinz Amanda & Andrea, Abira, and Monie are all returning for the new season. Fans will see 90-minute episodes next month, and there will also be a 30-minute after-show following each installment. Ashley ‘Minnie’ Ross passed away in April 2020 and the season premiere will include a tribute to her.

Lifetime revealed more about the return of Little Women: Atlanta in a press release:

After a monumental year of challenges and change, Lifetime’s unscripted hit series Little Women: Atlanta returns with the highly anticipated premiere of season six on its new night Friday, January 22, at 9pm ET/PT. The season kicks off with Ms. Juicy, Minnie, the Tiny Twinz Amanda & Andrea, Abira and the return of Monie, as the ladies all come back together in Atlanta to pursue their dreams in the city’s vibrant hip hop scene. Once again, the ladies bring the fun, the drama, the competition and the love as together they face health issues, careers changes, relationship ups and downs and life’s hardest trials and tribulations — all while still dealing with the complexities of living in an average size world. Little Women: Atlanta returns with a two-hour block of fan binging programing beginning with the Little Women: Atlanta Kickoff Special on January 22nd at 9pm ET/PT. Starting on January 29th the series will premiere 90-minute supersized episodes at 9pm ET/PT every Friday night, followed by the all-new 30 minute after show, Little Women: Atlanta Unfiltered, hosted by Loni Love (The Real).

Seasons one through five of Little Women: Atlanta will also be available on mylifetime.com and on LMC app now through March 2021 for viewers to catch up and fans to take a look back at their favorite moments throughout the series. After March 2021 encore episodes of Little Women: Atlanta will be available on MyLifetime.com with a cable/carrier subscription.

Season Six of Little Women: Atlanta follows Ms. Juicy, Minnie, Monie, Amanda, Andrea and Abira, as they all come back together with the common goal of making their mark on the Atlanta hip hop industry. While the ladies continue to juggle their careers, friendships, complicated love lives and for some motherhood or the idea of becoming a mom — they are also forced to deal with the pandemic and then the tragic loss of their cast mate Minne. True to their grit and perseverance the ladies face this great loss and find a way to continue on and bring their unique humor, talents and strength to all those that they encounter on their journey — including visits from celebrity friends and some new faces that join the cast along the way.”

Check out a preview for season six of Little Women: Atlanta below.

What do you think? Are you a fan of Little Women: Atlanta? Will you watch season six on Lifetime in January?