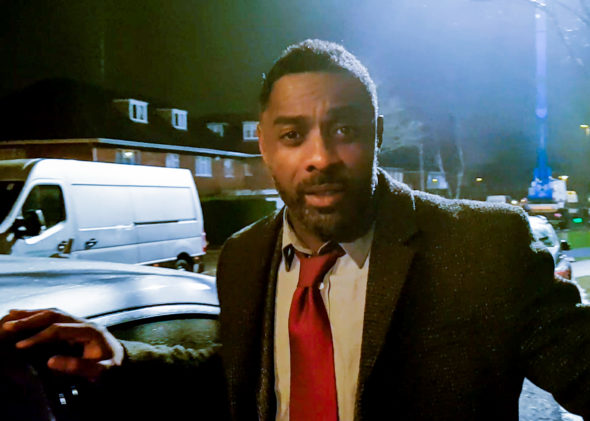 DI John Luther is back on the job. BBC America has released set photos from the fifth season of its Luther TV show. Production on season five of the British crime drama from Neil Cross began on January 10th, in London. Star Idris Elba also released a brief video greeting from his first day back on the series. Check it out, below.


It’s good to be back in London, back in the coat. #Luther @BBCOne pic.twitter.com/4CkLyrJebj 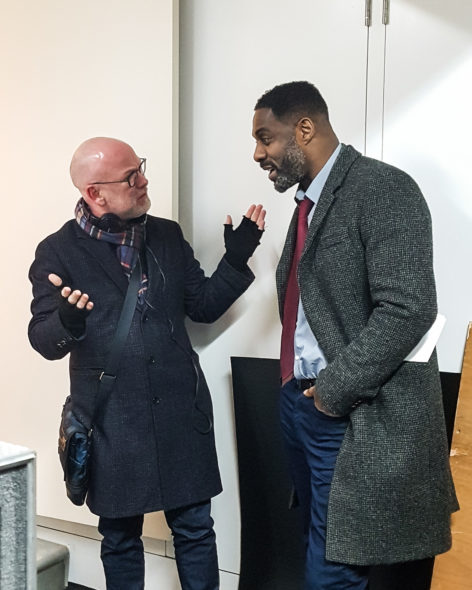 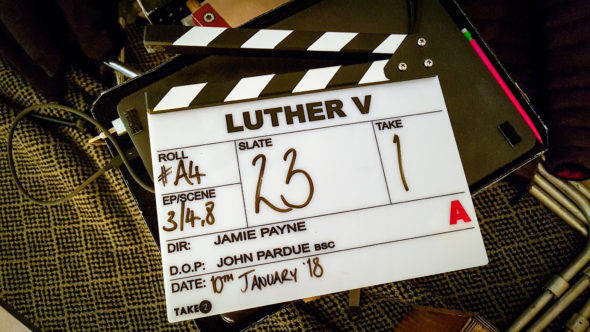 Idris Elba says: “It’s good to be back in London, back in the coat.”

Neil Cross says: “We missed John Luther. We missed some old friends. And we wanted to make the biggest, scariest, darkest, most thrilling series of Luther there’s ever been. So that’s what we’ve come back to do.”

When the moonless shadows of London give birth to a new nightmare, DCI John Luther must once again confront the depths of human depravity.

As a series of monstrous killings becomes ever more audacious, Luther and new recruit D.S. Catherine Halliday are confounded by a tangle of leads and misdirection that seems designed to protect an unspeakable horror.

But, even as the case brings him closer than ever to the nature of true evil, a reluctant Luther must also face the ghosts of his own past. Striding back into the line of fire, he must choose who to protect… and who to sacrifice.

Whatever his next move, it will have devastating consequences for those around him — and change John Luther forever.

Sarah Barnett, President of BBC AMERICA says: “Luther never fails to deliver a punch with its powerful dialogue, wrenchingly dark and beautiful storylines, and incomparable performances.  There’s a charisma to this show that is rare, all credit to Neil Cross, Idris Elba and the talented team.”

Piers Wenger, Controller of BBC Drama says: “It’s fantastic to have Idris Elba and the team back filming in London and we are thrilled that the exceptional Wunmi Mosaku will be returning to BBC One to join this already stellar cast. Neil Cross’ scripts for this fifth series of Luther are explosive and fans won’t be disappointed.”

Hilary Salmon, Executive Producer for BBC Studios said: “There aren’t many shows where the first day of filming feels like an event but Luther is certainly one of them. Thrilled to be in production with a new series of the show that has set the bar in terms of British television crime drama.”

Luther (4×60) has been commissioned by Piers Wenger and Charlotte Moore for BBC One, and is produced by BBC Studios, the BBC’s commercial production arm, and co-produced with BBC AMERICA.

Executive producers are Idris Elba for Green Door Pictures, Neil Cross, Marcus Wilson and Hilary Salmon for BBC Studios and Elizabeth Kilgarriff for the BBC. The series will be produced by Derek Ritchie (Class, Doctor Who), directed by Jamie Payne (The Alienist, White Princess) and distributed by BBC Worldwide.

What do you think? Do you plan to watch the fifth season of Luther on BBC America? Let us know, below.