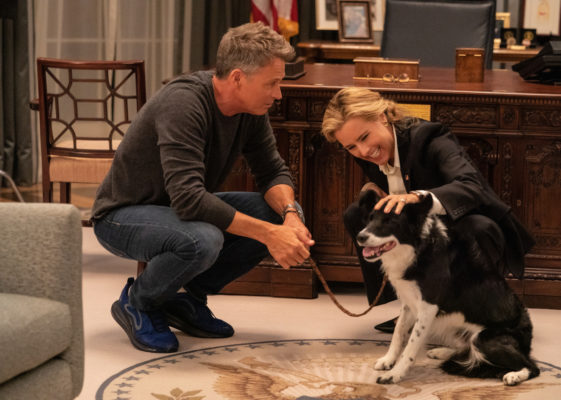 Will Elizabeth be a good President in the sixth season of the Madam Secretary TV show on CBS? As we all know, the Nielsen ratings typically play a big role in determining whether a TV show like Madam Secretary is cancelled or renewed for season seven. (In this case, season six is the end.) Unfortunately, most of us do not live in Nielsen households. Because many viewers feel frustration when their viewing habits and opinions aren’t considered, we invite you to rate all of the sixth season episodes of Madam Secretary here.

What do you think? Which season six episodes of the Madam Secretary TV series do you rate as wonderful, terrible, or somewhere between? Do you think that Madam Secretary on CBS should have been renewed for a seventh season? Don’t forget to vote, and share your thoughts, below.

Madam Secretary was one of the most intelligent TV shows you’ve ever had and it’s It’s needed in today’s society! You should renew it!

Love Madam Secretary; please do not cancel the series!

Madam Secretary is refreshingly intelligent, well researched & highly relevant viewing. It helps educate people on basic political processes & allows a glimpse into the actions of those who make decisions on behalf of billions of people around the globe, hence shaping the world to come. This show represents Democracy at its best. Madam Secretary not only deserves to remain on our screens. but should remain on our screens.

Season 7 of Madam Secretary opens the realm of change fot our country – it has powerful credibility for transformation.
My plea is for more seasons.

Best series my husband and I both enjoy. No other program can even come close. Please continue this series!!!

Miss this series so much. There’s nothing on broadcast tv that currently compares. I am SO bored with the current slate of broadcast stations, minus SVU, Blacklist, Blue Bloods, Songland, Survivor, any Gordon Ramsey series. All Rise and Tommy are good but not as great as this was. PBS, not listed here, has the best series, the British ones. Cable TV’s TNT’s ‘Animal Kingdom,’ Sundance’s ‘The Liar,’ ‘The Split,, ‘The A Word’ again, hopefully, are the only ones I watch on cable and via Hulu too (plus some FX on Hulu) and CBSAllAccess’s ‘The Good Fight,’ but still nothing compares… Read more »