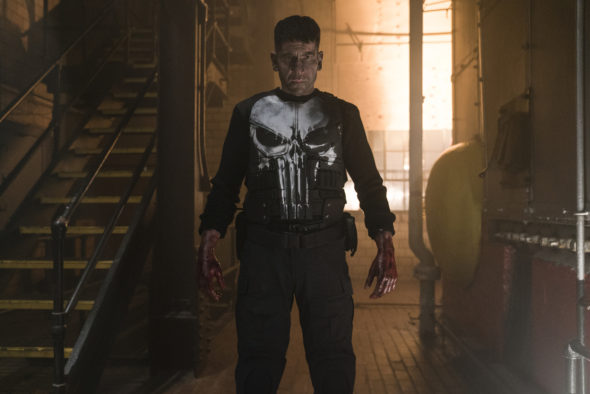 Marvel’s The Punisher is back in action. Comicbook.com reports the Netflix series will begin filming season two later this month.

A spin-off of Daredevil, the drama follows The Punisher (Jon Bernthal) as he exacts revenge on those who killed his family and uncovers a conspiracy that runs far deeper than New York’s criminal underworld. The cast also includes Ebon Moss-Bachrach, Debroah Ann Woll, Ben Barnes, Amber Rose Revah, and Michael Nathanson.

According to SpoilerTV, season two of Marvel’s The Punisher will begin filming on February 26th and conclude in July. Netflix has not yet announced a premiere date, but the schedule suggests a late 2018 debut.

What do you think? Are you a fan of Marvel’s The Punisher? Will you watch season two?

I can’t wait for Season 2 it’s going to be awesome!

THIS IS AN AWESOME SERIES PLEASE DO NOT CANCEL,