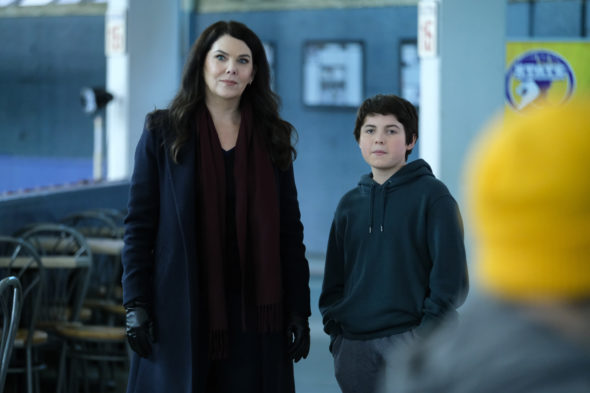 Fall premiere dates were unveiled for a number of series including “Growing Up” and “The Mighty Ducks: Game Changers” Season 2, from Disney Branded Television, “Epic Adventures with Bertie Gregory” and “Super/Natural” from National Geographic, and Season 31 of “Dancing with the Stars.” Ahead of its premiere, “Epic Adventures with Bertie Gregory” has also been picked up for a second season, which is filming now. A new premiere date and rollout for “She-Hulk: Attorney at Law” was also announced.

September
September 8 – “Growing Up” (Disney+ Day Premiere)
Created by Brie Larson and Culture.House, “Growing Up” is an innovative hybrid docu-series that explores the challenges, triumphs, and complexities of adolescence through ten compelling coming of age stories. The series uses narrative, experimental, and documentary filmmaking to follow one casted individual, ages 18-22, as they tell their story. They represent a wide range of lived experiences, giving audiences emotionally powerful narratives that offer an engaging look at teenage-hood and the diverse social, familial, and internal obstacles young people face on their path to self-discovery and acceptance. Each 30-minute episode features one young person, or “hero,” and their experience growing up. Each episode is anchored by a deeply personal interview that allows our heroes to walk us through their childhood and teenage years. Alongside these interviews, creative cinematic reenactments help bring their major inflection points to life.

September 8 – “Epic Adventures with Bertie Gregory” (Disney+ Day Premiere)
The face of a new generation of aspirational adventurers and natural history filmmakers, 29-year-old National Geographic Explorer Bertie Gregory takes viewers on epic and nail-biting journeys that push into the most spectacular and secretive corners of our wild world. Armed with leading-edge film technology, the Disney+ original series “Epic Adventures with Bertie Gregory,” from National Geographic, breaks the mold of the traditional natural history program by telling extraordinary, real-life animal stories and taking viewers with him for every beat of the action. For weeks at a time, the charismatic BAFTA Award-winning cinematographer immerses himself into the animals’ lives to capture the untold stories of iconic creatures living in some of the harshest environments on our planet. This season, we will see Bertie braving the icy worlds of Antarctica in search of the biggest gathering of whales ever filmed and coming face-to-face with specialist buffalo-hunting lions in Zambia. In this multipart adventure series, he will take audiences on an ambitious odyssey across the globe, showcasing the natural world at a time when it faces its greatest challenges.

September 21 – “Super/Natural”
Executive-produced by James Cameron and narrated by Academy Award®-nominated and BAFTA Award-winning actor Benedict Cumberbatch (“Doctor Strange in the Multiverse of Madness,” “Power of the Dog”) this new series will utilize the latest scientific innovations and leading-edge filmmaking technology to reveal the secret powers and super-senses of the world’s most extraordinary animals, inviting viewers to see and hear beyond normal human perception to experience the natural world as a specific species does — from seeing flowers in bee-vision to eavesdropping on a conversation between elephant seals to soaring the length of a football field with glow-in-the-dark squirrels.

September 28 – “The Mighty Ducks: Game Changers” Season 2
After winning back the Mighty Ducks team name last year, our squad-with-heart and their coach Alex Morrow (Lauren Graham) take to the road to attend an intense summer hockey institute in California run by charming yet hardcore former NHL player, Colin Cole (Josh Duhamel). It’s a place for kids to get excellent at hockey — without school to get in the way. As our Ducks try to survive in this super-competitive environment, they’re faced with the question: Can you win summer?

Returning Thursday, September 8, Disney+ Day is an annual celebration of the Disney+ global community that debuted in 2021 and features content premieres from the streaming service’s marquee brands, special experiences and offers for subscribers and fans, and more. This year, Disney+ Day will lead into D23 Expo: The Ultimate Disney Fan Event presented by Visa in Anaheim, CA that runs from Friday, September 9 to Sunday, September 11.

ABOUT DISNEY+
Disney+ is the dedicated streaming home for movies and shows from Disney, Pixar, Marvel, Star Wars, and National Geographic, along with The Simpsons and much more. In select international markets, it also includes the new general entertainment content brand, Star. The flagship direct-to-consumer streaming service from The Walt Disney Company, Disney+ is part of the Disney Media & Entertainment Distribution segment. The service offers commercial-free streaming alongside an ever-growing collection of exclusive originals, including feature-length films, documentaries, live-action and animated series, and short-form content. With unprecedented access to Disney’s long history of incredible film and television entertainment, Disney+ is also the exclusive streaming home for the newest releases from The Walt Disney Studios. Disney+ is available as a standalone streaming service or as part of The Disney Bundle that gives subscribers access to Disney+, Hulu, and ESPN+. For more, visit disneyplus.com, or find the Disney+ app on most mobile and connected TV devices.

What do you think? Are you a Disney+ subscriber? Which new or returning series will you be watching this month or next?

Cold shot moving DWTS. I personally hate it but Mom likes it. We aren’t getting D+ just for that. Had D+ before and rarely watched it

The mighty ducks look forward to seeing it new season so good very fun and entertaining movies back in the day. Loved it back when every day was so simple don’t care in the world Disney channel was at best.