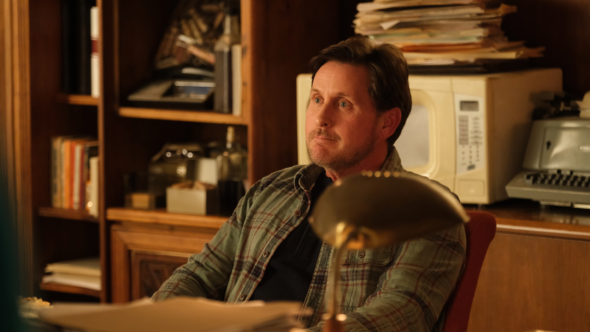 Coach Bombay needs to keep his skates on and ready to go. The Disney+ streaming service has renewed The Mighty Ducks: Game Changers TV show for a second season.

A comedy-drama continuation of the 1990s movies, The Mighty Ducks: Game Changers TV show stars Lauren Graham, Emilio Estevez, Brady Noon, Maxwell Simkins, Swayam Bhatia, Luke Islam, Kiefer O’Reilly, Taegen Burns, and DJ Watts. Set in present-day Minnesota, the Mighty Ducks youth hockey team has evolved from scrappy underdogs to an ultra-competitive, powerhouse team. After 12-year-old Evan Morrow (Noon) is unceremoniously cut from the Ducks, he and his mom, Alex (Graham), and friend Nick Gaines (Simkins) set out to build their own team of misfits — to challenge the cutthroat, win-at-all-costs culture of youth sports today. With the help of the Ducks’ original good guy coach, Gordon Bombay (Estevez), they rediscover the joys of playing just for love of the game.

Disney+ announced the renewal via social media. Word is that season two will arrive at some point in 2022. The first season of 10 episodes finished airing in late May.

What do you think? Have you enjoyed The Mighty Ducks: Game Changers TV series? Are you looking forward to the second season on the Disney+ service?

I think it’s a wonderful series. Looking forward to seeing the next year

Great series good news made my day. Look forward every episode so good.