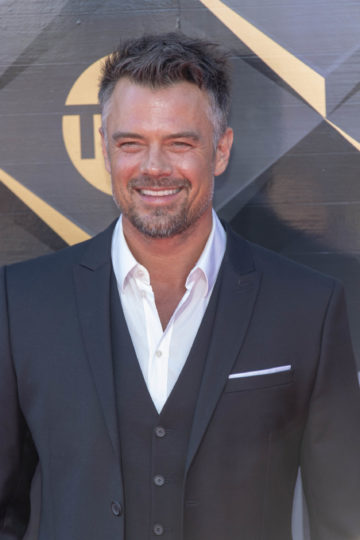 The Mighty Ducks have their new coach. Josh Duhamel is joining the Disney+ series to fill the spot left by the exit of Emilio Estevez due to creative differences and a contract dispute. Scripts were rewritten following his departure.

A follow-up to the Mighty Ducks movies, the first season of The Mighty Ducks: Game Changers TV show stars Estevez, Lauren Graham, Brady Noon, Maxwell Simkins, Swayam Bhatia, Luke Islam, Kiefer O’Reilly, Taegen Burns, and DJ Watts. Set in present-day Minnesota, the Mighty Ducks youth hockey team has evolved from scrappy underdogs to an ultra-competitive, powerhouse team. After 12-year-old Evan Morrow (Noon) is unceremoniously cut from the Ducks, he and his mom, Alex (Graham), and friend Nick Gaines (Simkins) set out to build their own team of misfits — to challenge the cutthroat, win-at-all-costs culture of youth sports today. With the help of the Ducks’ original coach, Gordon Bombay (Estevez), they rediscover the joys of playing just for love of the game.

Deadline revealed the following about Duhamel’s casting in the Disney+ series:

“Duhamel will play new character NHL player-turned-coach Gavin Cole in the hockey-themed sequel series. Inspirational, charming and hardcore, Gavin is big on the hockey metaphor that applies to life. He runs the super-intense summer hockey institute where The Mighty Ducks land for Season 2.”

Disney+ will announce a premiere date for season two of The Mighty Ducks: Game Changers at a future time.

What do you think? Are you excited to see Duhamel on the second season of The Mighty Ducks on Disney+?

Emilio is the best original movies brought this to life. Not same without him quit replace by this guy. Hopefully it good.

Well I’ll give it a try