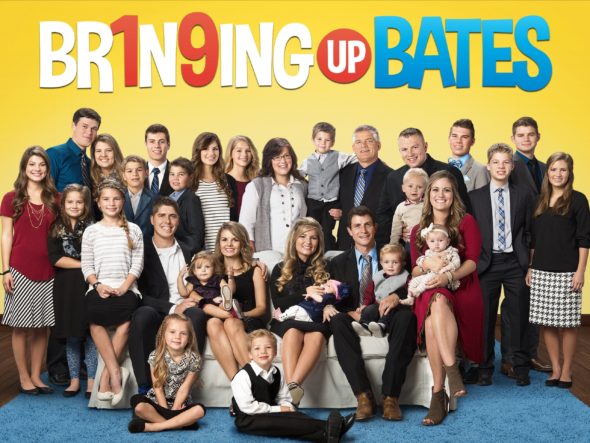 Bringing Up Bates is not returning to UPtv. The cable channel originally renewed the show for an 11th season, but the channel’s focus has changed. The series follows Gil and Kelly Bates as they raise their 19 children together.

The following was said about the change of heart by UPtv in a statement to TV Insider:

“We will not be premiering Bringing Up Bates season 11 on UPtv as planned as we will be focusing our programming in 2022 on movies and a new scripted series to be announced soon.

When we premiered Bringing Up Bates, the series was focused on parents with 19 kids who were teenagers and young children. The cameras were there to capture the love, laughs and big life moments, as the family continued to grow. Thank you to Gil and Kelly Jo Bates for welcoming viewers into your family’s home over the past ten seasons.

Thank you to the fans who tuned in every Thursday night to be part of the journey. We’re looking forward to continuing to uplift you with our programming in the future.”

The Bates family also shared a statement after the release of the cancellation news:

“We realize God’s timing is always perfect, and we are looking forward to what the future holds for our own family, as well as the network! The last ten seasons of filming with Bringing Up Bates have been an amazing journey for our family. We never expected or aspired to be on TV, but we are forever grateful to UP for all of the friendships we have formed as a result… We are also grateful for all of the encouragement we have received over the years from those who have watched the show and have reached out to message us or pray for us.”

What do you think? Are you surprised that UPtv has cancelled Bringing Up Bates? Did you watch the series?

Look forward to this show. It was so uplifting and good hearted. Don’t understand how it got cancelled.

I watched every episode of Bringing Up Bates. Actually real people living actual lives in a positive Godly way. The only real show on TV today. I guess I will miss UP TV if they think we no longer wished to see reality in a Godly view then I no longer wish to see how They think they can outdo God.

So sad to hear this I’ve been watching them since Day One. We need more good wholesome shows not less on T.V. that’s what’s wrong with this world now. The Youth of today need more shows like this to help mold and guide them in this life.

I loved the show Bringing Up Bates and am very sad to see you canceled it. There are very few wholesome & spiritually based show to watch these days. Not a happy person!!