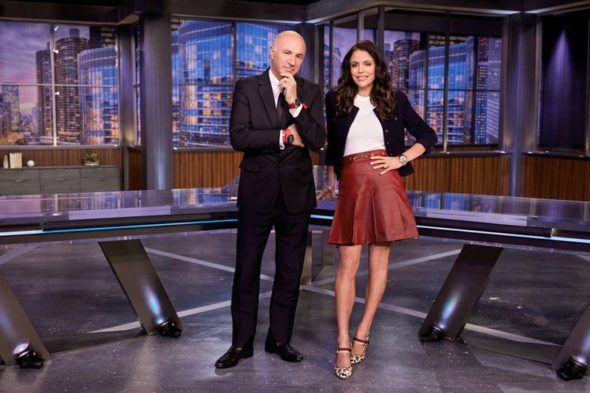 Money Court has been renewed for a second season, and a new face is joining Shark Tank’s Kevin O’Leary on the CNBC series. The new season will arrive early next year and feature O’Leary and Skinnygirl founder and CEO Bethenny Frankel helping businesspeople resolve various disputes.

CNBC revealed more about the series’ return in a press release.

“CNBC today announced the network has greenlit an all-new season of its primetime original series, “Money Court,” produced by Anvil 1893, focused on financial feuds. Set to premiere in early 2023, the series features entrepreneur and investor Kevin O’Leary (“Shark Tank”) and new co-host, entrepreneur and Skinnygirl founder and CEO Bethenny Frankel, as they weigh in on and resolve a wide range of business disputes and chart a path forward. On the docket this season, Kevin and Bethenny settle money issues and dilemmas that every small and expanding business faces.

Whether its estranged partners battling over a deal gone sour, friends and business partners disagreeing over pricing strategy, or partners with different visions for their future, what all the cases have in common are high stakes, real money, and an agreement by the participants to abide by Kevin and Bethenny’s ruling. Together they’ll carefully consider all sides of a case, examine all relevant evidence, and ultimately deliver financial justice!

“This has been my best television experience to date. The range in reviewing small businesses where everything is on the line to the riskiest hundred-million-dollar conflicts, the stakes couldn’t be higher. Kevin and I have entirely complementary skill sets, experience and expertise. This makes these verdicts so comprehensive and effective,” said Frankel. “We really are saving small and large businesses alike. Our sum is greater than its parts. There is nothing like this on television, and America needs a show that exhibits how to resolve business conflict in a creative, tactical, strategic and methodical manner.”

Frankel continued, “I was blown away by this production, by CNBCs dedication to providing real solutions for business owners, and by Kevin’s knowledge and desire to collaborate for the greater good. This is the space I was born to be in.”

“The economy has gone through an unprecedented transformation over the last three years, no sector was left unscathed. Out of the turmoil a new digital economy has emerged that may prove to be even more productive than its predecessor. For small and large businesses alike there has been a lot of dislocation and dispute on which way to go forward and those cases find their way into Money Court,” said O’Leary. “It’s fascinating television to watch, highly entertaining and very informative. There has never been a better time to provide a platform like this and I’m proud to be part of it.”

“Kevin and Bethenny are the ultimate team of arbitrators,” said Denise Contis, Executive Vice President and Head of Content, CNBC Primetime. “Their perspective and business expertise will not only deliver resolution but will also provide enormous value that entrepreneurs can apply to their own businesses.”

A premiere date for season two of Money Court will be announced later.

What do you think? Are you a fan of this CNBC series? Do you plan to watch season two?