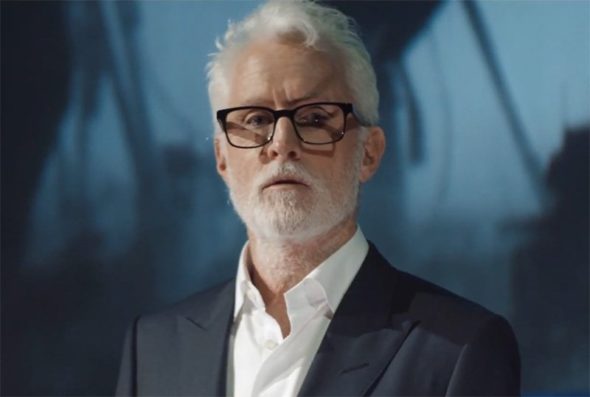 The wait is nearly over for the NeXt TV show. The FOX series, which stars John Slattery, was first announced back in May 2019 and was expected to air in early 2020. The premiere was delayed and then, because of the COVID-19 pandemic and ensuing shortage of original programming, the network decided to hold back the thriller series until Fall 2020.

Today, FOX announced that NeXt will debut on Tuesday, October 6th, at 9:00 PM. A panel about the series will be released this Sunday, July 26th. Here’s some additional information, as well as a series trailer:

About NEXT:
From creator and executive producer Manny Coto (“24: Legacy”) and executive producers and directors John Requa and Glenn Ficarra (“This Is Us”), NEXT is a propulsive, fact-based thriller about the emergence of a deadly, rogue artificial intelligence that combines pulse-pounding action with a layered examination of how technology is invading our lives and transforming us in ways we don’t yet understand. Starring Emmy Award nominee John Slattery (“Mad Men”) as a Silicon Valley pioneer, who discovers that one of his own creations – a powerful A.I. – might spell global catastrophe, and teams up with a cybercrime agent (Fernanda Andrade, “The First”) to fight a villain unlike anything we’ve ever seen – one whose greatest weapon against us is ourselves. The series also stars Michael Mosley (“Ozark”), Jason Butler Harner (“Ozark”), Eve Harlow (“Agents of S.H.I.E.L.D.”), Aaron Moten (“Mozart in the Jungle”), Gerardo Celasco (“How to Get Away with Murder”), Elizabeth Cappuccino (“Jessica Jones”) and Evan Whitten (THE RESIDENT).

FOX Entertainment Panels Will Be Available On YouTube Following The Above Schedule, And Will Be Located On FOX Digital Platforms For Four Hours Following Their Conclusion

What do you think? Are you looking forward to checking out the NeXt TV series this fall on FOX?

I really really enjoyed watching neXt. It was by accident I became aware of this tv series which seemed very relevant in todays AI world. Each show made me want to see the next episode so it was extremely disappointed to learn that Fox has decided to cancel this show. My recommendation for Fox is to do a better job promoting neXt. Your failing in ratings are NOT due to neXt tv series, its a reflection of Fox’s inability to properly promote this highly anticipating and very well made show . Stop cancelling your viewers and start cancelling your promoters.

I love the movie series next. When are you going to continue it. I have of watched episode 5 waiting for season to continue.

Will check this out and I agree, no SJW stuff.

Like Debbie, before me, I will be watching the first episode when it finally debuts.

I will be watching can’t wait