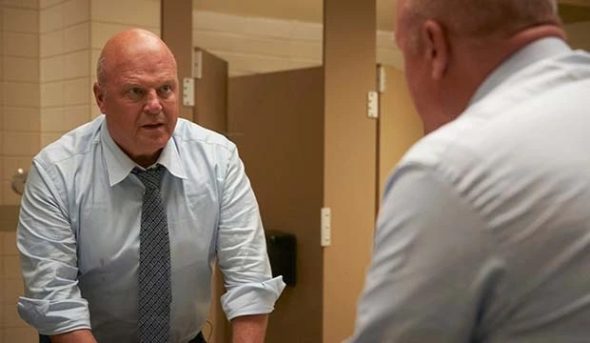 Accused now has its premiere date on FOX. The crime drama anthology series will premiere on  Sunday, January 22nd, before moving to its usual timeslot on Tuesdays, starting January 24th. The series will feature a different crime in a different location in each episode. Rachel Bilson, Abigail Breslin, Michael Chiklis, Whitney Cummings, Jack Davenport, Margo Martindale, Molly Parker, Rhea Perlman, Wendell Pierce, and Malcolm-Jamal Warner are among the actors who will appear in the series. Marlee Matlin, Billy Porter, Tazbah Rose Chavez, and Michael Chiklis will be among the directors.

From Emmy Award-winning producer Howard Gordon, the co-creator of landmark television, such as Homeland, and the showrunner of 24, comes Accused – a collection of 15 intense, topical and exquisitely human stories of crime and punishment. Each episode is a fast-paced provocative thriller, exploring a different crime, in a different city, with an entirely original cast. Based on the BBC’s BAFTA-winning crime anthology, Accused opens in a courtroom on the defendant, with viewers knowing nothing about their crime or how they ended up on trial. Told from the defendant’s point of view through flashbacks, the show holds a mirror up to current times with evocative and emotional stories. In the end, audiences will discover how an ordinary person gets caught up in extraordinary circumstances, and how one impulsive decision can impact the course of that life – and the lives of others — forever. Developed by Howard Gordon (Homeland, 24) and executive-produced by Gordon, Alex Gansa (Homeland, 24) and David Shore (House, The Good Doctor), Accused once again fearlessly takes on the hottest topics of our time.

Check out a preview for Accused below.

What do you think? Are you planning to check out Accused on FOX this January?

Hi, the series actually premieres on January 22nd, and will then air on Tuesdays starting January 24th (according to the Futon Critic). Hope that helps! Looking forward to this series!