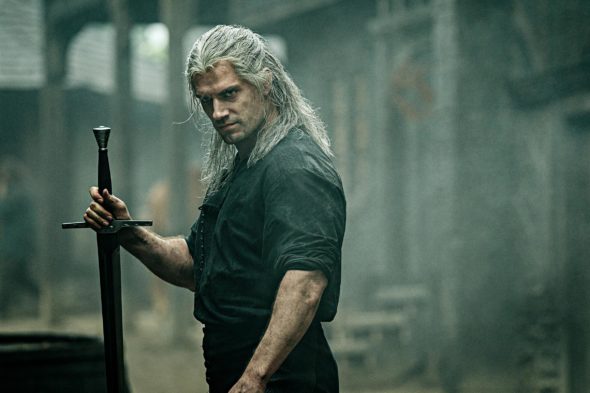 Fans of The Witcher had shocking news over the weekend. Not only was the series renewed for a fourth season, ahead of its third season premiere, but moving forward, Geralt of Rivia will be played by a new actor. Liam Hemsworth is replacing Henry Cavill on the Netflix fantasy series.

Cavill said the following about his departure from the series:

My journey as Geralt of Rivia has been filled with both monsters and adventures, and alas, I will be laying down my medallion and my swords for Season 4. In my stead, the fantastic Mr. Liam Hemsworth will be taking up the mantle of the White Wolf. As with the greatest of literary characters, I pass the torch with reverence for the time spent embodying Geralt and enthusiasm to see Liam’s take on this most fascinating and nuanced of men. Liam, good sir, this character has such a wonderful depth to him, enjoy diving in and seeing what you can find.

Hemsworth released his own statement about joining The Witcher and taking on the lead role:

As a Witcher fan I’m over the moon about the opportunity to play Geralt of Rivia,” he said in a statement. “Henry Cavill has been an incredible Geralt, and I’m honoured that he’s handing me the reins and allowing me to take up the White Wolf’s blades for the next chapter of his adventure. Henry, I’ve been a fan of yours for years and was inspired by what you brought to this beloved character. I may have some big boots to fill, but I’m truly excited to be stepping into The Witcher world.

Check out the announcement about the renewal of The Witcher below.

It’s official: The Witcher is returning for Season 4, and Henry Cavill will be handing his swords to Liam Hemsworth as the new Geralt of Rivia after Season 3. Welcome to the Witcher family, @LiamHemsworth!

What do you think? Have you enjoyed this fantasy series? Do you plan to watch The Witcher without Cavill in the lead role?

I’m delighted that The Witcher will return for seasons 3 and 4. I’ve enjoyed watching Henry Cavill in the lead role. I look forward to Liam Hemsworth step into the role.

To be fair, HC is probably still waiting on the James Bond call, and perhaps that is the reality here – he seemed to like this role very much, unlike superman which he seemed to have grown bored of – perhaps thats the reality here, boredom, and in a toss up between bored and cash, cash wins. But ultimately who cares so long as he gets his kit off to be fair….. I just wish he and a few others would come out of their closets, aren’t we as a society past caring if an actor is gay?

Eager for Season 3. Will have to see how the change in season 4 plays out. Am really disappointed HC didn’t stick with it. He has been so fabulous.

It is been destroyed. This is a good lesson that never trust a famous actor as a main lead.

Look forward to seeing it next month so good this show getting better and better each year. The man from Uncle movie is actor is the best.