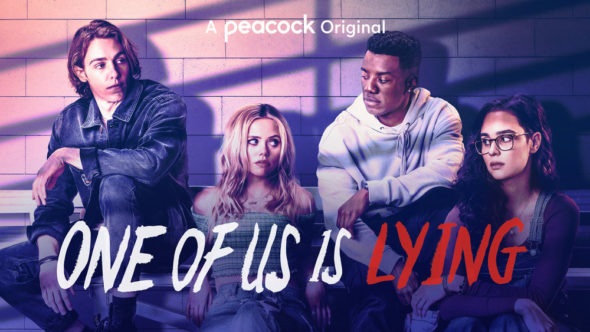 One of Us Is Lying is ready to land on Peacock. The streaming service has announced a premiere date for the murder mystery series which revolves around one of five high school students not leaving detention alive.

“Based on Karen M. McManus’s #1 New York Times best-selling novel, ONE OF US IS LYING is the story of what happens when five high schoolers walk into detention and only four make it out alive. Everyone is a suspect, and everyone has something to hide.

The first three of the eight-episode season arrive on October 7th. Check out the trailer for One Of Is Lying below.

What do you think? Are you planning to check out this new mystery series on Peacock next month?