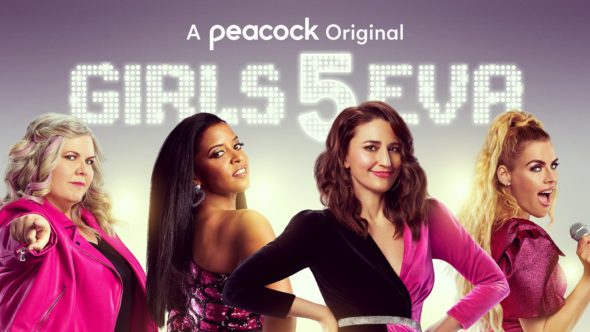 Girls5eva is coming soon to Peacock. The streaming service has released a trailer and revealed a premiere date for the new comedy. All eight episodes of the series will arrive at once on May 6th.

The comedy follows the reunion of a 90s girl group trying to go for a second chance at fame. Sara Bareilles, Renée Elise Goldsberry, Paula Pell, and Busy Philipps star in the new series.

Peacock revealed more about the show in a press release.

“When a one-hit-wonder girl group from the 90’s gets sampled by a young rapper, its members reunite to give their pop star dreams one more shot. They may be grown women balancing spouses, kids, jobs, debt, aging parents, and shoulder pain, but can’t they also be Girls5eva?

Check out the trailer for Girls5eva below.

What do you think? Are you going to check out the Girls5eva TV series on Peacock next month?