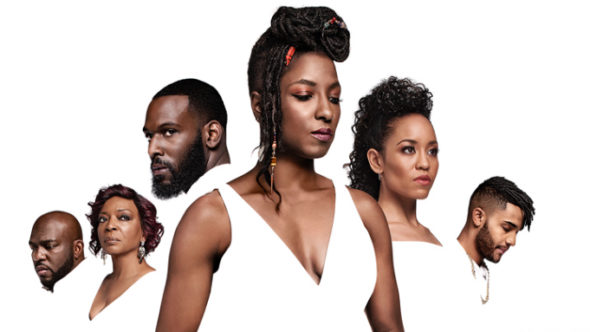 Queen Sugar is currently airing its fifth season on OWN, but work has already begun on season six.  Paula Jai Parker, Tammy Townsend, Marquis Rodriguez, and McKinley Freeman have joined the cast of the series which follows the Bordelon siblings in the fictional Louisiana town of Saint Josephine.

The series makes a point of hiring female directors and those working on the sixth season include Bertha Bay-Sa Pan, Carmen Marrón, Cierra Glaude, Keisha Rae Witherspoon, Marie Jamora, Shari Carpenter, Shaz Bennett, and Stephanie Turner, with Lisa France now serving as producing director. Across the six seasons, 42 female filmmakers have been hired, 39 of whom are first-time television directors.

OWN revealed more about the sixth season production in a press release.

The following are the new casting announcements for season six:

Tammy Townsend (K.C. Undercover) portrays Billie, the daughter of beloved Bordelon family friend Prosper Denton (Henry G. Sanders), who returns to St. Josephine for the first time in 20 years to care for her ailing father. Townsend joins the cast as a series regular.

Paula Jai Parker (The Wayans Bros.) portrays Celine, a single mother whom Aunt Violet takes under her wing as Celine works to establish a life in St. Josephine with her 10-year-old son, Gabriel. Parker joins as a recurring guest star.

Marquis Rodriguez (When They See Us) portrays Isaiah, a college student wise beyond his years who befriends Micah West. Rodriguez joins as a recurring guest star.

A premiere date for season six of Queen Sugar has not yet been revealed. Season five will finish airing on April 20th.

What do you think? Are you a fan of the Queen Sugar series on OWN? Are you enjoying season five? Do you plan to watch season six?

I Worked “Queen Sugar” March 24 & 26, 2021 as background cook and have not been paid yet. Epicset says they can’t find the problem. I have bills to pay. Spoiler alert coming in episode 2. I have worked Backgound 9 years. Never had a problem with payrolI until now. I know Oprah could solve this issue with the production company. “The Butler” Forest Whitaker served myself a drink in the Excelsior Hotel. Great movie.

Queen Sugar is an excellent show. I have to say how impressed I was in the way that both the pandemic and the Black Lives Matter issues were handled. In my opinion, they were dealt with better than any other television program that also dealt with them. It is definitely the best show on tv at this time. The actors and actresses are superb!

I’m ecstatic knowing there will be a Season Six of Queen Sugar and reading of the group of writers/directors. Refreshing! But I was dismayed that a young writer, Nijla Mu’min was not included in this Sixth Season. I was looking forward to her soft light and introspection.

I will be watching! I enjoy Queen Sugar very much!!!