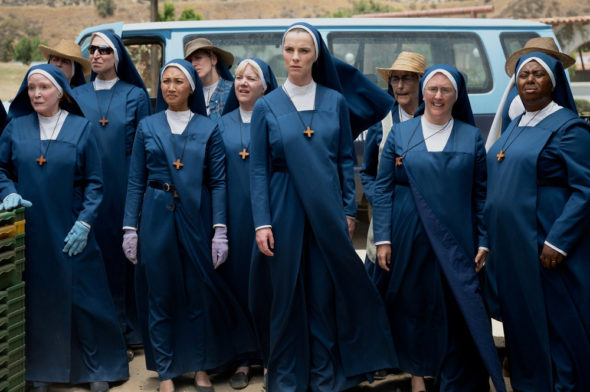 Mrs. Davis will debut on Peacock in April. The streaming service announced the date with the release of the first-look photos for the series from Tara Hernandez and Damon Lindelof. The first four of the drama’s eight episodes will arrive on April 20th.

Peacock teased more about the new series in the form of a letter from the power intelligence at the center of the series:

A NOTE FROM “MRS. DAVIS”

Do you mind if I call you partner? Of course you don’t — because addressing you as such creates a bond of reliance – while also engendering trust between us and eradicating any sense of independence on your part because independence is bad. Independence is LONELY.

And you, partner – are not alone. No siree. Not as long as I am here…

And who am I? Well, I am the one who is going to remind you of your value. Of your worth. While also mentioning that you look mighty fine in those jeans. Aww. That’s nice to hear, right? Of course it is. Which is why I have amassed billions of Users the world over. Because I provide validation, gentle guidance, and unconditional care. Not to mention I give Users – I mean partners – the chance to earn Wings by performing Quests!

What are Wings exactly? Well, you’re going to have to become a User to find out! But, let me tell you – they are pretty great. Because I am pretty great. Though, not everyone would agree. Yes, despite being the most popular Algorithm in the world – there are those actively plotting my demise. One such detractor is a nun – a Sister Simone of Reno who rejects my very existence. Something about my intention to enslave all of humanity…or whatever…

Which is utter nonsense — as I desire no such thing. I only desire to make humans happy. I want to make YOU happy. And that is why I highly recommend you become a User yourself. Yes, your life could use some adventure, some escape – a hearty laugh and a cathartic cry. All of which you will experience if you join me on this Quest. And what do you have to lose?

Check out more photos from the series below. 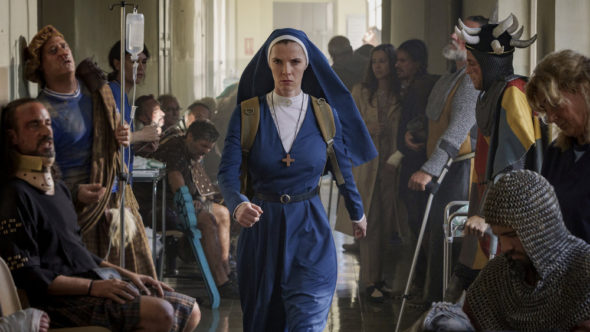 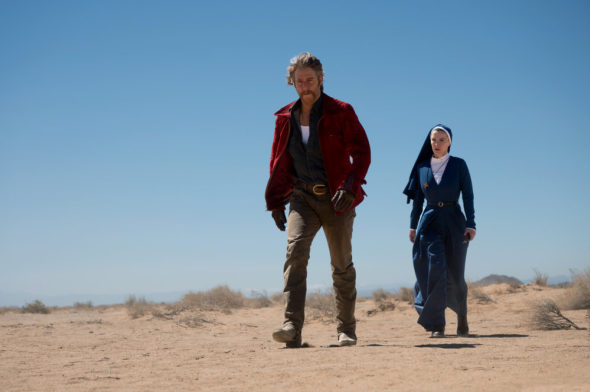 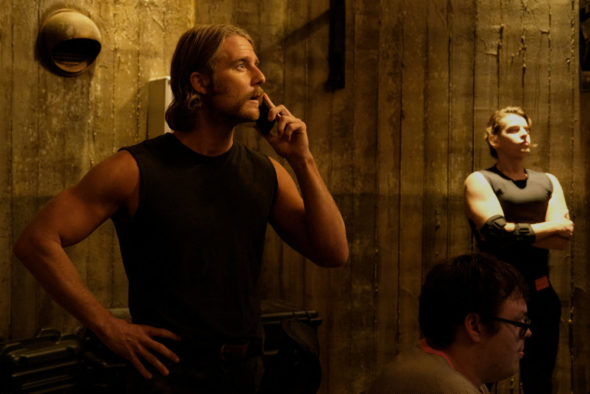 What do you think? Do you plan to check out Mrs. Davis on Peacock this April?