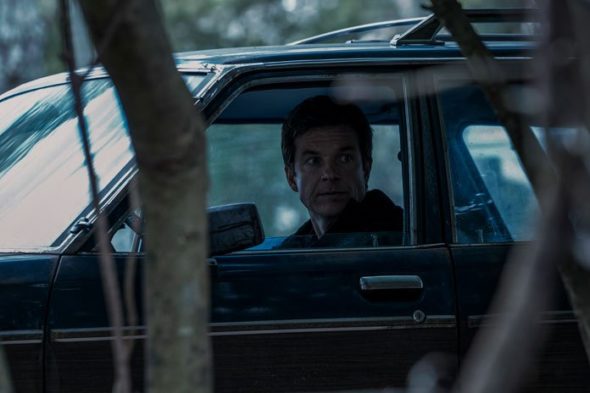 Though the series was released less than a month ago, Netflix has already decided to renew the Ozark TV show for a second season. There will be another 10 episodes in season two but there’s no word on when they will be produced or released.

A crime drama, Ozark stars Jason Bateman (who also executive produced and directed the series). Bateman also stars in the Arrested Development comedy series. It ran on FOX for three seasons and was revived several years later by Netflix for a fourth season. A fifth season is currently being filmed.

Netflix has renewed the original series Ozark for Season 2, with 10 new episodes.

In Ozark, This money-centric present day story revolves around financial planner Marty (Jason Bateman) and Wendy Byrde (Laura Linney) and their family’s sudden relocation from the suburbs of Chicago to a summer resort community in the Missouri Ozarks. Rather than the familiar skyscrapers and trading floors, Ozark explores capitalism, family dynamics, and survival through the eyes of (anything but) ordinary Americans. For Ozark, executive producer and director is Jason Bateman, with executive producer/writer Chris Mundy, and executive producers Bill Dubuque and Mark Williams. The series is produced by Bateman’s Aggregate Films in association with Media Rights Capital for Netflix, and was created by Dubuque and Williams.

What do you think? Did you enjoy watching the first season of Ozark on Netflix? Will you be watching season two?

Absolutely loved it! Didn’t even feel guilty about carrying around my iPad to binge watch it:) Jason Bateman is awesome!!

We just found this movie. This is one of the best we have seen. THERE NEEDS TO BE MORE. Can’t wait to see season 2.

Just finished final episode & we are already craving more. Love Jason Bateman & how the series so captures his serious but comedic side. Can’t wait for 2nd season!

It was awesome, can’t wait to see what season 2 brings 🙂

Absolutely, Ozark is riveting! Thanks!

TBH, I have trouble getting into most of Netflix’s shows, but I really like Jason Bateman and knew it had to be worth watching. First ep was a little slow & didn’t think I would get hooked on it, but each ep gets better & better. Really enjoyable, and again, Jason Bateman’s great! A lot of eps I plan on watching tomorrow.

Delighted there is to be another series! Brilliant and compelling viewing. The acting, story lines, direction is simply brilliant.

Loved this show!! Acting superb, writing and plot kept me glued to the set!!

Love this series – so happy it’s been renewed!

LOVED this series – I put it up there with Breaking Bad as far as, how you can’t wait to see what’s going to happen next. I’ve told all my family and friends about it and they love it too!!! Can’t wait for Season 2 to come out!!! Hope we don’t have to wait to long?!?!?!

Thrilled this series was renewed. With all the television programming available, there is not that much that is really great. Ozark is really awesome and great and innovative and so happy it was renewed. Can’t wait for Season 2!!! Terrific series.